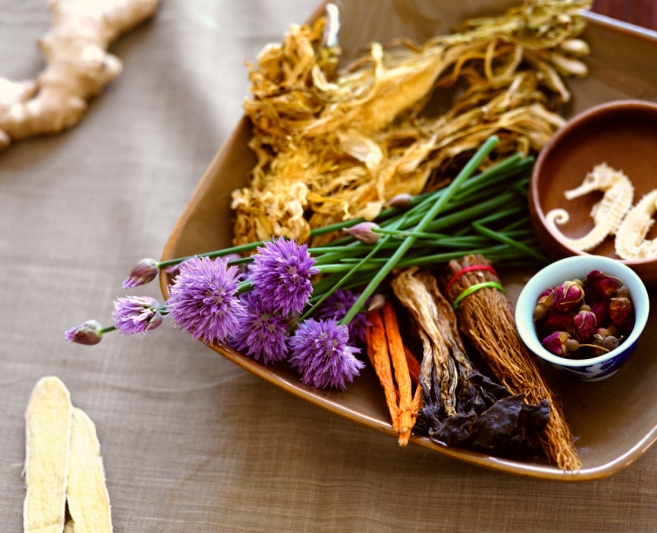 This occurs when the body runs low on Iron, mainly due to inadequate dietary intake, diseases such as gastritis and stomach cancer, and menstruation.

This kind of Anaemia is caused by inadequate absorption of vitamin B12 from the diet. B12 if most commonly sourced from animal food sources thus placing vegetarians and vegans at a higher risk of developing pernicious Anaemia. It may also be caused by diseases that affect absorption such as stomach cancers, ulcers and small intestine disease.

What is Traditional Chinese Medicine (TCM)

Traditional Chinese Medicine is a broad term used to describe a number of Ancient Chinese healing practices, including massage, acupuncture and herbal Medicine. TCM takes a holistic approach to healing that attributes good health to the efficient flow of ‘qi’ (life force energy) along certain meridians (energy pathways) in the body. It sees ill health and disease as a result of blocked chi in the body which it aims to unblock and resolve via its many different modalities.

How does TCM treat Anaemia?

TCM sees symptoms of Anaemia as indicative of blood that has become too thick, too poor in quality or produced in too little amount (no matter what type of Anaemia is presenting). This is seen to be due to an insufficient flow of ‘qi’ energy, and resolved by stimulating individual organs to produce better quality blood hence an improved flow of qi.

Acupuncture employs the use of thin needles on the skin to restore the flow of qi and consequent health to the body. When treating Anaemia, a TCM practitioner will stimulate points that increase a flow of qi to the stomach, liver and blood-producing spleen.

Chinese herbalists may use singular or a combination of herbs to treat symptoms of Anaemia. These herbs aim to improve blood supply and the movement of qi throughout the body. Some of these include:

Chinese massage works on a similar sort of principle to that of acupuncture as it stimulates certain points on the body to increase the flow of qi around it. Anaemia if often treated by Chinese masseuses who focus on hand and foot massage to stimulate the production of blood in the spleen and the overall flow of qi energy around the body.

If you are interested in finding out more on how TCM practices may assist with Anaemia, please speak to a professional TCM practitioner for more information.

My Health and Nutrition Clinic