The Cleansing Practices of Yoga 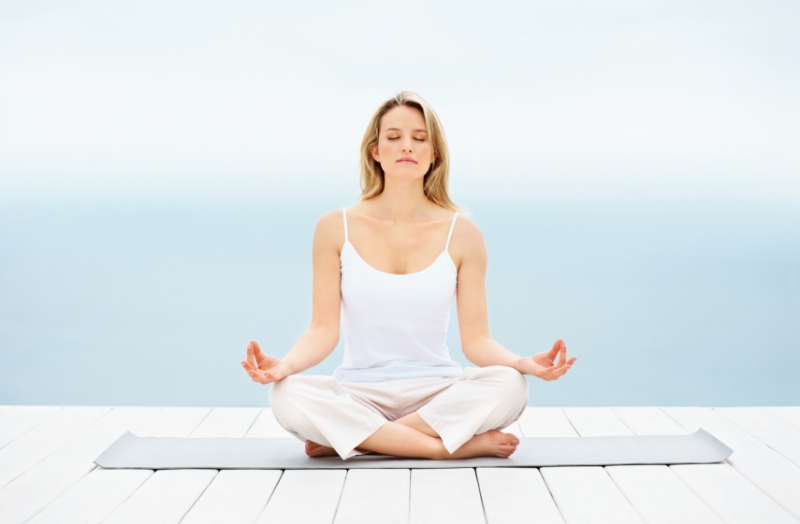 Yoga is often understood to be a system of physical poses to keep the body fit and flexible and to help the mind to be calm and relaxed. Traditional hatha yoga is also designed to purify and cleanse the body and mind. The poses or asanas do this, but there are also a number of cleansing practices called kriyas that get right into the internal body to sweep away accumulated toxins.

The adage "healthy body, healthy mind" could have been coined for yoga, as it is thought that one can’t attain clarity of mind when the body is weighed down by ill-health. But the ancient yogis developed these practices not just for health – they are thought to prepare the mind for higher states of meditation.

There are six practices (called shatkarmas – shat = six, karma = action) – neti, dhauti, nauli, basti, kapalbhati and trataka. Some of them can be a bit distasteful – not to mention startling! – but that comes with the territory of cleaning the body of toxins.

A process of cleansing and purifying the nasal passages. You may have seen a "neti pot" in your local health food store – it looks like a small tea pot. Prepare a saline solution of one teaspoon of good quality salt to half a litre of water in the neti pot and pour into the nostril while your head is tilted to the side. The solution will run through to the other side and out the other nostril.

Benefits: Cleans mucus and pollution from the nasal passages and sinuses. It helps to relieve allergies, colds and sinusitis.

Dhauti consists of a number of cleansing techniques for different parts of the body but in particular the digestive system.

Agnisar kriya is a technique where the breath is held out while the abdomen is sucked in in jalandhara bandha. The abdomen is then rhythmically contracted and expanded. Benefits: Great for digestive disorders such as constipation, flatulence and indigestion.

Vastra dhauti: Cleansing the stomach by swallowing a muslin cloth. Benefits: It is said to loosen and expel mucus from the chest and stomach and improve function of the gastro-intestinal tract.

Abdominal massaging. This is similar to the agnisar kriya technique above but the different muscles of the abdomen are isolated then expanded and contracted in turn.

Benefits: Tones the abdominal area including the internal organs. It generates heat in the body and stimulates appetite, digestion, assimilation, absorption and excretion. It is said to increase mental clarity and energy flow in the body.

Also known as frontal brain cleansing, kapalbhati is a breathing practice. It works using a forced exhale, while powerfully contracting the abdominal muscles. The inhale is then passive. Ten breaths are usually done in rapid succession, making one round, and three to five rounds can be performed.

Benefits: Kapabhati energises the mind for mental work, removes sleepiness and prepares the mind for meditation. It also has a cleansing effect on the lungs so can be useful for asthmatics (though check with your health practitioner first).

Trataka is intense gazing upon an object, usually a candle flame, but sometimes a photo, statue, gemstone, or other symbol or object. You should choose one of these objects and use only that object every time you do the practice. To perform the practice, ensure the candle flame is directly at eye level. Close the eyes and relax the whole body. Then open the eyes and gaze steadily at the tip of the wick – the very centre of the flame. Try not to blink or move the eyes, but keep them relaxed. After a minute or so, when the eyes become tired or begin to water, close them gently. Then gaze at the "after-image" of the flame that you will see when your eyes are closed. Once the image fades, open the eyes again and continue gazing at the flame. Continue like this three or four times. When you have finished, place the cupped palms over the eyes before opening them.

Benefits: This practice helps to relieve stress and can be good for anxiety, depression and insomnia. It improves the memory and helps develop concentration. It can be used as a preparation for meditation.

Yogic texts state that you should not suppress the body’s natural urges – wherever they happen to manifest themselves – burping, crying, urinating, even farting or defecating – should not be held back. Of course polite society dictates that we must sometimes!

While you may not come across many of these practices in your average yoga class, some schools do offer workshops in some of the practices. Please note that most of these practices must only be carried out under the supervision of a qualified teacher.

Find yoga classes in your area.

Yoga for Two: Yoga for Couples This Valentineâs

Going Out of The Box: 3 Extraordinary Ways on How To Do Yoga

What is Rage Yoga?

Would You Try Kitten Yoga?