Find a Certified Osteopath in Your Area 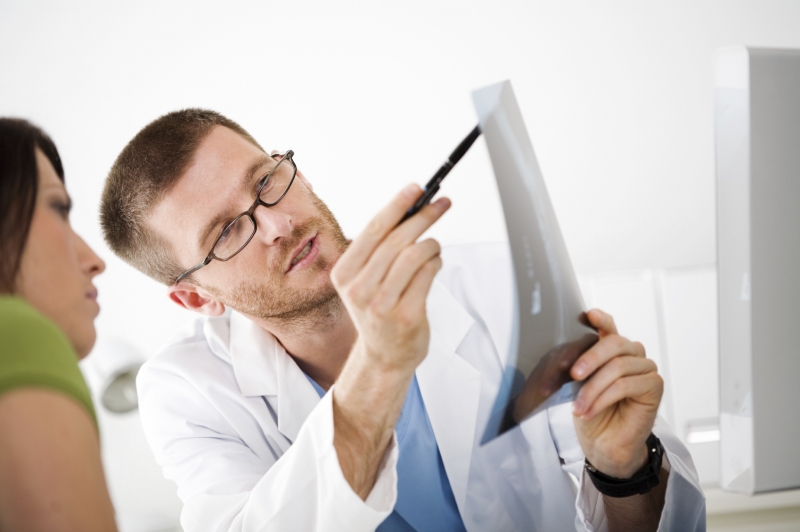 Discs themselves don’t heal very well, but that doesn’t mean a person can’t recover from a disc injury.  What you have to look at is the role the disc plays in your overall function and help it to work as well as it can to play its part.

Discs are made up of rings of tough fibrous tissue that resist stretching forces and a central jelly-like nucleus that absorbs water to help resist compression forces. There are various types and degrees of disc injury but in many cases when a disc becomes overloaded the outer fibers can be stretched or torn and the nucleus can start to push outwards at this weak spot creating a bulge.

Much of the disc structure has no nerve supply so often a disc bulge in itself isn’t painful but local inflammation and swelling can affect the surrounding tissues and that can cause either local pain or even referred pain in the leg.

In the early stages of a disc injury conservative or manual treatment is often recommended.  The injured disc is often swollen making it more mobile and vulnerable to further injury.  The local muscles often go into spasm to splint the region and then as they fatigue lactic acid is built up producing muscular pain.  The more the muscles fatigue the less able they are to splint the area and the more vulnerable it becomes to further injury.

During the first stages of the injury the goals are often to reduce the local inflammation and muscle spasm and to prevent further injury.  Reducing muscle tension can be done in a number of ways, including heat packs or gentle osteopathic soft tissue work to manually relieve the muscles and gently stretch out the joints of the spine at the same time, which can also reduce some local irritation to the nerves.

When people have a lot of lower back pain they often move in very awkward ways to avoid hurting the injured area.  This can often lead to stiffness and soreness in other parts of the spine and as these areas start to hurt people become less able to cope.  Increasing the mobility in these areas with gentle manual techniques can allow much better compensation for the patient, which in turn can help improve comfort and speed up recovery.

To reduce the inflammation and swelling in the disc the application of cold packs can be very useful.  Fooling the body into closing the capillaries in the region stops inflammation build up into the tissues and allows the body’s own lymphatic system to drain the swelling more effectively.  This is particularly useful for people who can’t take anti-inflammatory medication for any reason.

Finally osteopaths will often apply strapping to the affected area.  This is not, as some people think, to provide support.  In fact the strapping provides an early warning system that stops people moving the injured area too far and causing more damage.

Once over the acute phase, rehabilitation can begin to address some of the underlying issues.   This is usually tailored to your specific needs and varies from person to person.  The most important things here are to find out what other mechanical problems in the body contributed to the disc being overloaded in the first place and what other factors are preventing the disc injury recovering as quickly as it can.

Always bear in mind that not all disc injuries are the same even though they may give similar symptoms.  If you think you have a disc injury seek out professional advice and get the help you need to get back on track.

© Macquarie Osteopaths.  Not to be reproduced without express permission.