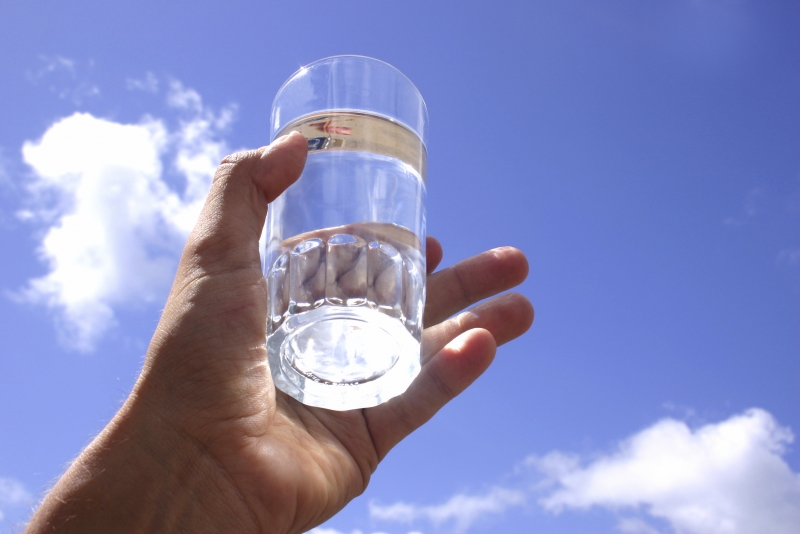 Water is crucial to sustaining all life on earth. Two-thirds of our bodies are comprised of water and we use it for a multitude of other tasks, including watering our gardens, bathing, washing and a variety of recreational activities. It is however a resource that is under pressure from population growth and urban development. Its scarcity is exacerbated in Australia by erratic and highly variable rainfall patterns. In its pure form water is comprised of hydrogen and oxygen (H2O). However, as a result of its interaction with the environment, water always contains dissolved minerals and gases. These include most commonly: magnesium, calcium, sodium, potassium and iron amongst others.

What is distilled water?

The process of distillation involves boiling water until it becomes a gas, i.e. steam, which is collected as distilled water after it cools and condenses. This process removes any minerals and impurities, and should render the water with a neutral 7 pH. Distillation should also remove bacteria, viruses, cysts and heavy metals.

Water is crucial to healthy body function, including the following:

People turn to purified sources of drinking water because of a perceived contamination of tap water. Tap water is potentially contaminated with synthetic chemicals such as chlorination by-products and other environmental toxins. Most tap water is perfectly safe, though it often also contains additives such as fluoride and chlorine. These are added to protect our teeth (fluoride) and purify public sources of drinking water (chlorine). The Australian Drinking Water Guidelines govern acceptable levels of these additives to ensure safety from a personal health perspective. The addition of fluoride is still a controversial practise, with questions still remaining over its safety and effectiveness.

If you prefer to have a pure source of water and remove the unpleasant taste and odour of chlorine, home distillation kits are available so you can start filtering your own source. These typically distil tap water, and come in compact table top versions. These are similar in construction to a kettle, with a stainless steel container where the distillation takes place. This is a more cost effective and environmentally friendly option to purchasing the bottled version.

Avoid bottled water if possible. It has been shown to have a high environmental cost, adding plastic to landfills and putting pressure on natural water resources. To operate efficiently, the body requires at least eight glasses of water per day, or around two litres. Even more water is needed during hot weather, periods of illness, and when exercising. Use distilled water in your various appliances (kettles) to prevent minerals collecting in these devices and reducing their lifespan

If you would like to explore the benefits of distilled water, see a reputable retailer for advice.