This coming 2 August 2019, the Children’s Medical Research Institute will celebrate Jeans for Genes, a yearly fundraising campaign to fund revolutionary research that helps diagnose, understand and find cures or treatments for conditions affecting kids, including genetic diseases, cancer, and epilepsy.

Established in 1994, Jeans for Genes has helped CMRI achieve the following:

The Children's Medical Research Institute (CMRI) is an Australian-based independent medical research institute that conducts research into the fundamental causes of disease. Starting 2014, research has been focused on the causes of cancer, epilepsy and birth defects.

Founded in 1958 by paediatricians Sir Lorimer Dods, Dr John Fulton and Douglas Burrows, honorary treasurer and later president of the Royal Alexandra Hospital for Children, CMRI aims to "perform scientific research with a commitment to better treat, and where possible, prevent childhood illness and disability so that all concerned have a better quality of life".

What is a genetic disease?

Genetic diseases are one of the leading causes of death in children under four and the main cause of ongoing hospitalisation. Recent statistics have shown that 1 in 20 kids is born with a genetic disease or birth defect. This means that someone you know and care about is likely affected with this condition.

A genetic disease is any disease caused by an abnormality in the genetic makeup of an individual. The genetic abnormality can range from minuscule to major - from a discrete mutation in a single base in the DNA of a single gene to a gross chromosome abnormality involving the addition or subtraction of an entire chromosome or set of chromosomes. Some people inherit genetic disorders from the parents, while acquired changes or mutations in a preexisting gene or group of genes cause other genetic diseases. Mutations can occur either randomly or due to some environmental exposure.

There are four types of genetic disorders that are inherited:

To fight this epidemic, more research is important.

How can you help?

You can help the work being done at Children's Medical Research Institute by signing up to raise funds or sell merchandise, by volunteering, or by donating. You can do any of these and learn mor by visiting this website. 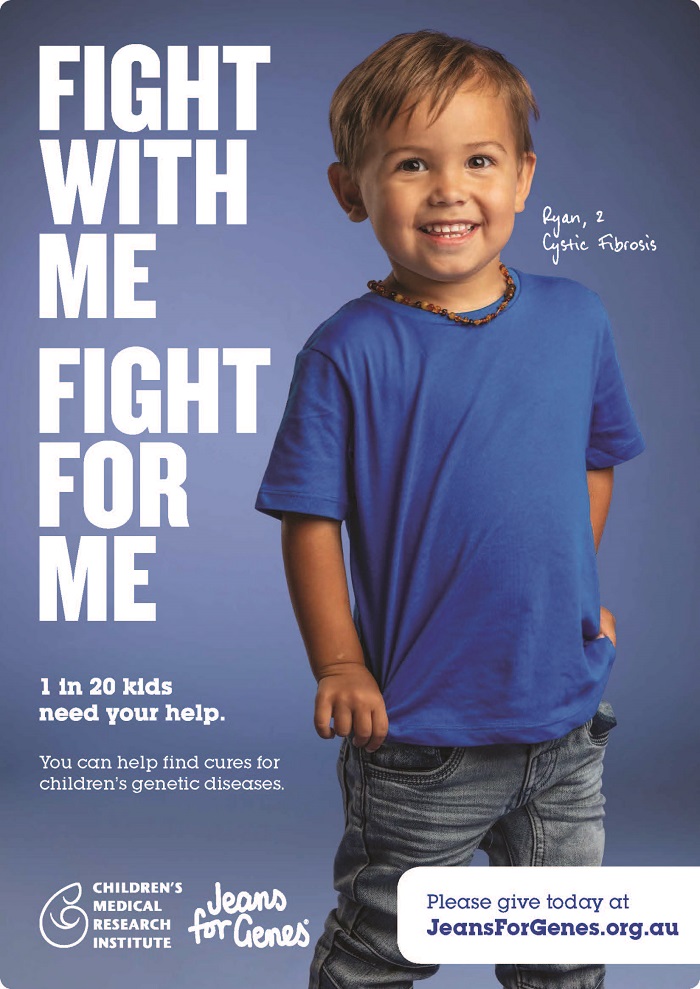