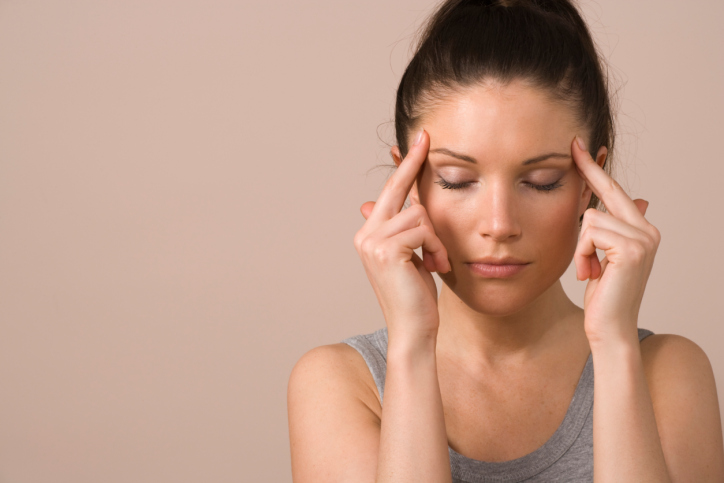 Migraines afflict many people and can be extremely debilitating. However, help is at hand.  Read on to learn more about some natural therapies that can help.

Acupressure can be used in the treatment of migraine pain.  One thing that can help is massaging your head as if you were washing your hair.  Or you could place your thumbs underneath the base of the skill on either side of the spinal column.  Tilt your head back slightly and press upward for two minutes while breathing deeply.

Acupuncture is a well known treatment for migraine. The aim is to treat the cause of the attacks, rather than providing a temporary solution.  Sometimes the flow of the energy in the body and the flow of blood from the liver are blocked.  When blockage occurs, so does pain.  The liver is affected by stress and anxiety and migraines can occur when negative emotions overwhelm us.  Blocked energy and migraine can also be caused by traumatic injury, external pathenogenic factors, and hormone fluctuations.  Acupuncture uses needles in specific points to regulate the blood flow in small vessels.  It is also useful in helping to regulate levels of serotonin.  Finally, acupuncture releases endorphins, the body’s natural painkillers.

Essential oils can be used in inhalations, baths or massages.  Recommended oils for migraines include: chamomile, rosemary, peppermint, lemon, eucalyptus, sweet marjoram, lavender, and Melissa.  It may help to massage your face and neck with a solution of ten drops of rosemary oil mixed into carrier oil.  Rosemary oil in a diffuser can also help.

Autogenic training is a type of relaxation technique that uses guided imagery, meditation and biofeedback.  The therapy aims to regulate and normalise the body’s blood flow, as migraines are triggered by irregular blood flow.

An Ayurvedic remedy that is helpful for managing migraine includes 5 parts of shatavari, 4 parts of brahmi, 3 parts of jatamamsi, and 3 parts of musta.  Take half a teaspoon of this remedy twice a day after breakfast and dinner with a little lukewarm water.  This formula calms the angry pitta and helps to relieve migraines.

A lot of people that suffer from migraine have trouble with managing their anger.  These people may find that a Bach remedy, Gentian, may help, as it balances out the frustration and hopelessness that may lead to migraines.

Biofeedback has been found to reduce both the severity and the frequency of migraine attacks.  Learning biofeedback can help you to control the involuntary functions of your body, such as heart rate or body temperature.  With migraines, the blood vessels in the head narrow and expand, causing pain.  The aim of biofeedback, then, is to stabilise or alter these blood vessel or muscle functions.  You will need professional help in order to learn biofeedback, but once you have learnt the techniques, you can practice it at home.

Breathing is very important when it comes to migraines as incorrect breathing can actually make the pain worse.  When we are feeling panicked or anxious, as we are when we sense a migraine attack, we tend to breathe shallowly, that reduce the amount of oxygen entering the body.  This can increase the pain many times.  Doing deep breathing exercises will normalise your breathing and increase the oxygen in the body, and this will in turn reduce the pain that you feel.

An exercise program can reduce the severity and frequency of migraines. Daily exercise is helpful as a preventative measure.  Exercise also eases bodily tension and improves circulation, both of which reduce the likelihood of migraine occurring.

Food is actually one of the most common triggers for migraines.  The most common foods that are associated with migraine include cow’s milk, wheat, chocolate, eggs, oranges, and MSG.  To find out if these trigger your migraines, an elimination diet is recommended.  Other foods that should be avoided include aged protein foods such as cheese, hot dogs, processed meats, sausages, and smoked or pickled meats, as they contain tyramine, a vasoactive amine that has been shown to trigger migraine.  Tyramine can also be found in alcoholic beverages.  Red wine in particular should be avoided as it contains tyramine and flavenoids.  The flavenoids inhibits the activity of the enzyme that normally breaks down tyramine and other vasoactive amines in the body.

Eat foods that reduce the blood’s ability to clot, such as fish, unrefined flax, walnut or pumpkin seed oil, garlic, and onion.  Raw wheat germ is a good source of vitamin B3 and B6, which help to balance the levels of serotonin in the body.

There are several herbs that can help with migraine: