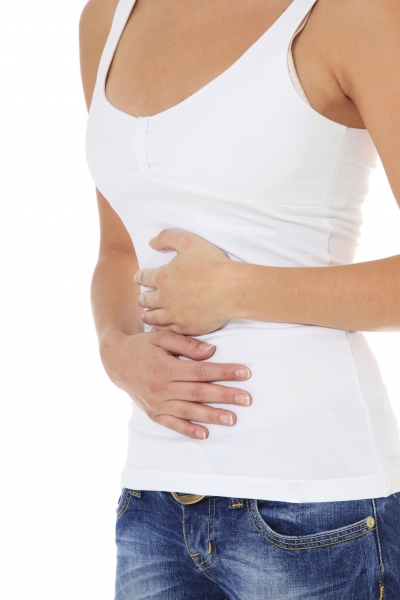 Primary dysmenorrhea is the medical term for a condition commonly and more descriptively known as menstrual cramps. A recent study indicates that vitamin D significantly reduces menstrual cramps in the majority of sufferers. While all the facts aren't in yet and researchers are looking into the possible dangers of taking large doses of vitamin D, the results are encouraging and vitamin D may ultimately join the growing list of natural treatments proven by science to be effective.

What the Study Shows

Antonino Sasco, MD and colleagues at Italy's University of Messina selected 40 women for a double blind experiment in which 20 women were given mega-doses of vitamin D (300,000-IU) five days prior to the expected onset of their menstrual period and 20 were given a placebo. All the women were asked to subjectively rate their pain on a numerical scale. At the conclusion of the study:

Of the 20 study participants who received vitamin D, 15 scored 2 points or lower than average based on a four menstrual cycle testing period.

Only 4 of the 20 women who received a placebo reported any improvement at all.

Significantly, not a single woman who took the vitamin D said they used NSAID (nonsteroidal anti-inflammatory drugs) painkillers during the treatment phase of the trial, while 8 of the those who took placebos resorted to them at least once. NSAIDs are a standard medication prescribed for menstrual cramps. The fact that those who took the vitamin D did not feel the need for them further reinforces their subjective test results. Additionally, all of those women who took the vitamin D reported at least some improvement. At the beginning of the trial, the group average pain on the 10 point scale (where 10 indicated extreme pain) was 5.85. By the conclusion of the second cycle, the average was 3.5 points.

While the study group was not a large one, Dr. Lasco and his colleagues were confident that its results were significant and warranted further research. Currently, NSAIDs and oral contraceptives are used to treat menstrual cramps. While effective, neither is free of side effects. U.S. researchers who followed the University of Messina trial commented that the large dose of vitamin D given the women was higher than the maximum dose established by the Institute of Medicine and recommended that follow-up studies include risk assessments, minimal dosage requirements and other tests to determine the safety of this type of treatment.

The University of Messina researchers chose vitamin D for their test because this vitamin seems to affect pain pathways and inhibits the synthesis of prostaglandins. Excessive production of prostaglandins in the uterus are known to be a factor in the symptoms of dysmenorrhea, including menstrual cramps.

In the commentary that accompanied the research documents, JoAnn E. Manson, MD, DrPH, of Brigham and Women's Hospital in Boston and Elizabeth R. Bertone-Johnson, ScD, of the University of Massachusetts in Amherst added that the findings of the research were "plausible" based on what is already known about the anti-inflammatory effects of vitamin D.

Our bodies naturally absorb vitamin D through sunlight. Very few foods contain vitamin D. Interestingly, cod liver oil and other fish oils that do contain large amounts of vitamin D are often recommended by naturopaths and other natural therapists for treating menstrual cramps. Cod liver oil contains the highest concentration of the vitamin, but most refined brands have the vitamin D removed during processing. If you choose cod liver oil as a supplement to help reduce menstrual cramps, read the label first and make sure it contains vitamin D. One tablespoon of cod liver oil contains approximately 1360IU (international units) of vitamin D, well below the 4000IU per day maximum dosage suggested by the Institute of Medicine.

Fat On The Move Reshape