What is Rooibos Tea? 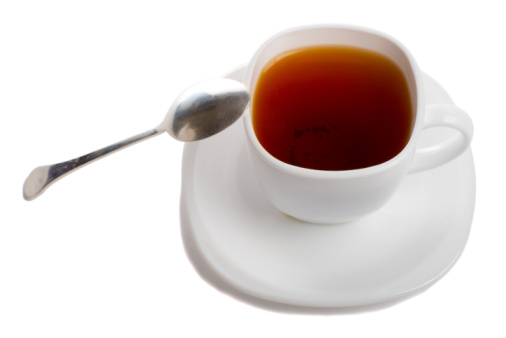 Have you heard of rooibos tea? If you haven't yet, you probably will soon, because it is becoming increasingly popular in a health conscious Australia. What is rooibos tea? Where does it come from? What are the health benefits of rooibos tea?

What is Rooibos Tea and Where Does It Come From?

If you lived in South Africa, rooibos tea would be a familiar name to you. That is where it comes from and it is a popular beverage in that country. Rooibos is an Afrikaner word that translates as simply "red bush" after the bush from whose leaves the tea is made. The scientific name of rooibos is aspalathus linearis and it is indigenous only to the plains of South Africa.

While the Dutch settlers in South Africa gave it its name, rooibos tea has been used by Africans for hundreds of years, both for medicinal reasons and because of its pleasant, slightly sweet and nutlike flavour. It was a originally used by the indigenous Koisan tribe. As their numbers dwindled, it was almost overlooked until Karl Humberg, a botanist, rediscovered it in the late 18th century. It enjoyed widespread popularity after that and more recently has been extensively studied to uncover its health benefits.

One reason why people enjoy rooibos tea is because it contains no caffeine and very little tannin, so is an ideal substitute for coffee and conventional black teas. Now that the other active ingredients in the tea have been discovered, it is becoming even more popular. Some of the ingredients found in rooibos tea include:

Some of the health benefits of rooibos tea are believed to include:

While rooibos tea is relatively new to Australia, it has been used as a health supplement in South Africa for hundreds if not thousands of years and more recent scientific studies seem to substantiate the claims made about its health benefits. No one seems to disagree about its pleasant taste. Like normal tea, some prefer to drink it with a dash of milk and sugar while others like it on its own. There have been no reports of unpleasant side effects and there are many satisfied users, so why not try some yourself?

Does rooibos tea have caffeine?

No. The absence of caffeine in rooibos tea is actually one of the reasons why tea lovers enjoy it. Plus, it's found to be high in antioxidants and minerals like iron, manganese, potassium and magnesium.

Can I drink rooibos tea while I'm pregnant?

Definitely! Rooibos tea is one of safest (if not the safest) teas a pregnant woman can drink because it's caffeine-free and offers a host of benefits for herself and her baby.

Is rooibos tea good for babies?

Yes. Rooibos tea contains anti-inflammatory properties that help soothe stomach problems and food allergies in babies. However, it is not a milk substitute and should only be given to a baby in small quantities.

Is rooibos tea good for your skin?

Yes. This herbal tea is your best defence against ageing, acne, eczema and other skin disorders. Whether you drink rooibos tea or apply it topically on your face, your skin will benefit loads from its antioxidants and anti-inflammatory properties.

Which rooibos tea is best?

Both green and red rooibos teas are packed with high levels of antioxidants and essential minerals as they come from the leaves of aspalathus linearis, a bush that is native to South Africa. The only difference between them lies in the way they are processed. Red variant undergoes an oxidation process, while green rooibos doesn't, so the latter contains more of the plant's natural nutrients.