He has moved to the larger and more convenient location at the corner of Lamb and Greaves Streets in Cranbourne. (Balance Osteopathy in High Street Specialist Centre is now closed).

Ben worked as a massage therapist from 2005-2006 while he completed his osteopathy degree, and began practicing osteopathy at the Brunswick practice 'Limbo' in 2006, where he worked until 2007. In May 2006 he also commenced practicing at 'Balance Osteopathy' in Cranbourne, where he worked until October 2010, when Central Osteopathy opened. In December 2007 he began practicing at the long established 'Macfarlane Clinic' in Bayswater North, where he still practices some days.

Ben draws on several treatment styles in his approach, to allow him to choose the optimum management for the individual patient and their specific condition. These styles include the traditional structural approach, based on the principles that structure and function are interrelated, the body works as a unit, and so the patient must be treated with this in mind (the holistic approach). This involves techniques such as massage, stretching, mobilisation and joint manipulation, and is usually incorporated with more functional techniques also.

Ben has completed postgraduate training in these functional techniques. These include cranial osteopathy, which works on the delicate structure and mobility of the bones of the skull and the sacrum (at the base of the spine), and their relationship to the nervous system, lymphatics and overall health. And also the related and very useful balanced ligamentous tension (BLT) approach, one of the original osteopathic techniques that employs subtle movements to restore ligaments and joints to their correct tension or position. These two treatment styles are the main approach used for infants and toddlers, and complement Bens postgraduate training in paediatrics. He uses them extensively in adults also.

Ben has also completed training in visceral osteopathy, used for treatment of internal organ and systemic problems, including problems related to pregnancy and female related discomfort, and digestion. 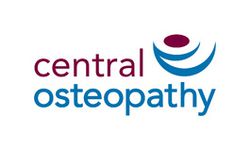