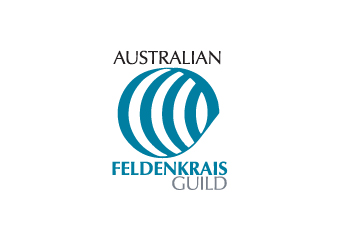 Feldenkrais is beneficial in a wide variety of applications - from Childhood Development to Older Adults, Sport and Performance to Chronic Conditions, Injury Prevention to Rehabilitation.

The Feldenkrais Method® (Feldenkrais) is a universal method for improving human life through better movement, sensation, posture and breathing.

From early childhood to advanced age, thousands of Australians are using Feldenkrais every day to address their problems and to reach their full potential.

Neuroplasticity is central to the effectiveness of the Feldenkrais Method.

Trained practitioners use touch, movement, guided imagery and mindful body awareness to stimulate the brain to make useful and lasting improvements to movement and posture.

With professional guidance from a Certified Feldenkrais Practitioner, these improvements can be directed towards assisting problems like pain, injuries and neurological issues, as well as assisting peak performance in sports and the performing arts.

In Awareness Through Movement® (ATM) classes, a practitioner will guide you through a planned sequence of movement explorations. You will be encouraged to pay close attention to the sensations of each movement. You will also be encouraged to practice the movements very gently and slowly, ensuring that you feel safe and comfortable throughout.

Functional Integration® (FI) is a one-on-one session with a Practitioner during which you remain fully clothed.  You may stand, or sit and lie on a low padded table. Your practitioner will physically and verbally guide you through safe, effortless movement, using precise touch to bring unfamiliar parts of your body into awareness.

What are the benefits of Feldenkrais?

Due to the current Coronavirus pandemic planning for large public events have been put on hold.

Call Vanessa Stephen 0416 101 854 or Annemarie de Heus 0439 585 782 if you would like to be alerted by email when public Feldenkrais workshops or events occur in the future.  Tell them you found us on Natural Therapies!  They will need your email address.

Find a Feldenkrais Practitioner in Your Area

Click here for the list of WA Guild Member Feldenkrais Practitioners showing the services of ATM (movement) classes and/or personal FI sessions available in your area.