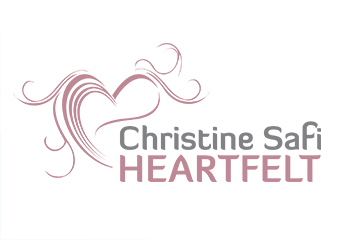 Are you ready to make lasting change?

CTC is so powerful, as it targets the root causes of the limiting beliefs, negative emotions, fears and phobias, that are holding you back.

What Is CTC – Combined Therapy Cocktail™

Imagaine taking the best ingredients from each of the major food groups, in just the right quantities. You create a recipe that changes how you look and feel. This is Combined Therapy Cocktail ™...

Live For The Present, Let Go Of The Past.
CTC incorporates neuro linguistics programming(NLP), hypnosis, reiki, emotional freedom technique (EFT) and meditation - combining them in just the right order and the right amounts in order to heal the body, mind and spirit concurrently, during the one session. Very powerful sessions.

The reason CTC is so powerful, is that it targets the root causes of what is holding you back. The limiting beliefs, negative emotions, fears and phobias.

Throughout your life, there have been events that have had a continued, negative effect on your mental health and well-being. In order to protect you from perceived danger, your brain has created patterns of behaviour that may no longer serve you.

CTC allows you to find the source of those patterns, acknowledge them and set them free. In doing so, you feel lighter, empowered and motivated to continue your journey of healing and discovery.

Who Would Benefit From CTC?

CTC has been used to successfully treat:

Intensive Breakthrough CTC Session
This consultation will last for 2.5 hours and sets the foundations for future therapy sessions.
$440 per session.

It isn’t often that i am at a loss for words but Christine is a truly amazing professional. I initially engaged with Christine over the phone and found her to be professional, reassuring and articulate. I then took my ten year old son to our first session and he was instantly drawn to Christine’s calming nature. My son lacked in self belief, this was a feeling deep within in. Christine’s sessions allowed him to verbalise these feelings and although he is shy by nature Christine’s healing methodology and the way she approached the sessions allowed him to rid himself of these feelings. If you feel your child is experiencing fears, sadness, worries. Lack of self belief then i highly recommend Christine. My son is a brand new version of himself, confident and full of self belief. You truly won’t be disappointed. Anna