Find a Homeopath in your area

This practitioner is currently unavailable.


Firstly, Iâd like to introduce myself and then explain a little about how my services can be of benefit to you and your family.

My name is Lesley Greig and I am a registered Practitioner of Homoeopathic Medicine working in Sydney, Australia, as well as Klosters in Switzerland. I also train/supervise students of homeopathy at Nature Care College in St Leonards, Australia.

I was first introduced to the benefits of homoeopathy after the birth of my children whilst living overseas in Europe. My first baby suffered terribly from colic, reflux and then teething. I was sleep deprived and at my wits end when my local pharmacist recommended I try homoeopathy. The results were amazing and, I must admit, even surprising!

Homoeopathy is a system of medicine which is based on natural laws which have always existed but which were only discovered, understood and applied therapeutically some 200 years ago. âSimilia similibus curenturâ is the Latin phrase which was then chosen to describe the âlaw of similarsâ which underpins homoeopathyâs application â put simply it means âlike cures likeâ.

The way of similars, the homoeopathic way, is to give the suffering patient who has a set of particular symptoms which characterise their condition, a minute dose of a substance which in large doses causes similar symptoms of an artificially inflicted disturbance in a healthy person. For example, homoeopathically prepared doses of onion (Allium cepa) will treat certain cases of hay fever where the symptoms match those of someone suffering the effects of inhaling the fumes of a freshly chopped onion. Homoeopathically prepared coffee (Coffea tosta) is used to treat certain types of sleeplessness which resemble the sleeplessness caused by drinking coffee.


Homoeopathy can help with a broad range of both acute and chronic conditions such as:
And much more.

Homoeopathic medicines are prepared from source substances derived from all three of natureâs kingdoms â plant, mineral and animal. The standardised process of âpotentisationâ involving repeated serial steps of dilution and succussion by which all homoeopathic medicines are prepared renders all original source materials innocuous to the human system. The potentised medicine maintains the curative properties of the original sources substance which are effective when a chosen medicine is applied homoeopathically to a particular patient according to the âlaw of similarsâ.

Potentised medicines are prepared according to the instructions recorded in homoeopathic pharmacopoeia. There are currently some 3000+ remedies listed in the homoeopathic materia medica. This list is continually being added to as new medicines are âprovedâ ie tested for their therapeutic potential on groups of healthy humans. 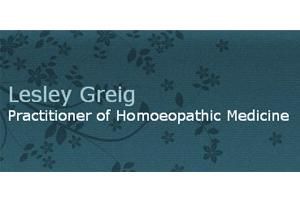