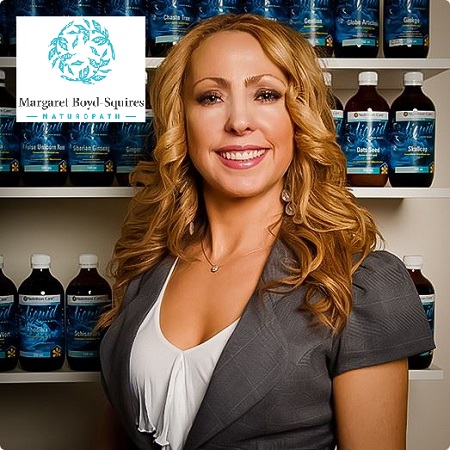 Margaret is a naturopath with over 25 years experience in the prevention and treatment of health problems.

Margaret has special expertise in the following areas

Having written a book on the topic, Margaret is very passionate about using diet as well as certain herbs and nutrients to reduce inflammation in the body. An increasingly prevalent problem, inflammation is believed to be a driver in the development of many modern diseases and an ant-inflammatory diet will not only help you to feel your best and lose weight, it will also help in the prevention of disease.

Often at the core of illness is an overloaded and poorly draining lymphatic system. Margaret is acutely aware of this and has enormous expertise in improving lymphatic function.

Margaret is a strong believer in detox and giving your body a rest from your normal diet. In patients whose toxicity levels are too high she will discuss the possibility of detox as the next stage in getting better. She will choose between a number of detoxes, some shorter and some longer depending on what the patient needs and is able to do. In patients who are wanting to ease the toxic overload on their bodies the results are amazing. The longest detox is the integrative detox which takes approximately 6 weeks and involves clearing the bowel of parasites and bad bacteria, SIBO, re-inoculating the body with good bacteria, healing the stomach and bowel wall especially in cases where there is increased gut permeability, and detoxing the liver, kidneys and lymph. In those with excess weight to lose, weight loss usually results, often significant amounts. Margaret monitors the patient throughout the detox. The proof is in how the patient feels and looks at the end.

Menopause, PMS and other hormonal abnormalities

One of the most common problems a woman consults a naturopath for. Herbs, vitamins and minerals, diet and lifestyle are highly effective here.

Probably the most common reason why children and adults consult a Naturopath. Herbs, vitamins and minerals and changes in diet and lifestyle are used to stimulate the immune system. The digestion often needs to be looked at as levels of 'good' bacteria are the cornerstone of a good immune system. Margaret first became interested in studying Naturopathy because of her struggles with allergies, hayfever and sinusitis so she has a lot of experience in this area. She is a teacher of Jala Neti – a highly effective treatment for sinusitis, hayfever, and runny nose.

Heavy metals are an increasing problem in our society and have become a specialty of Margaret's just purely because of their prevalence.

A very common presentation in clinic. Margaret sees the vatious stages of adrenal exhaustion very often and has a lot of experience in using specific herbs and nutrients to nourish and re-balance the adrenals. Adrenal dysfuntion can also play a part in hormonal imbalance and all its associated symptoms including acne.

After suffering a serious autoimmune disease herself many years ago, and successfully treating herself so that she was and continues to be free of autoimmune disease, this is an area Margaret is passionate about and is very successful in its treatment.

Whether it is panic attacks, anxiety, difficulty sleeping or just feeling down, Margaret will look at which imbalances in the body are the caue and treat them accordingly. Stress symptoms are so common in our modern world, but often some minor lifestyle changes, some herbs and vitamins and having someone like Margaret to support and listen is enough to move the symptoms along.

Margaret has had many great successes in bringing about natural fertility. She uses herbs to detox and treat underlying problems in the body as well as to treat any hormonal imbalances. Men are treated as well as women if required and willing. Dietary change and the use of vitamins and minerals are often indicated and discussions about signs of ovulation etc. are important. Pre-conception is optimally undertaken three months before conception and typically involves herbs and supplements tailored to the individual and preparing the body through diet and excercise. The use of naturopathy through both these stages to correct imbalances and improve general health is hugely beneficial.

As a mother of two children, Margaret has used her blend of naturopathy through both pregnancies and knows exactly what is safe to use and what is not. Naturopathy is extremely successful in treating breastfeeding women with symptoms left after the pregnancy and also in treating babies with problems such as excema and colic.

As a rule children are the easiest to treat because their bodies respond so readily to change and Margaret has some practical advice and the use of an easy-to-take kids range which achieves great results. Kids and teenagers feel very comfortable with her.

Margaret chooses between a common sense weight loss plan including a healthy diet high in protein and low in carbohydrates, or, a liver cleansing diet where the liver is overloaded, or the highly successful Ketosystem. The common sense plan is more suited to people who only have a few kilos to lose and are also interested in slowing ageing and improving overall health. Margaret’s liver cleansing diet lasts for six weeks and leaves patients looking trimmer, younger and healthier. The Ketosystem is a more stringent regime which is a diet high in healthy forms of protein and low in carbohydrates and involves eating specific amounts of food based on the person's weight. Results are outstanding and often transform the patient. Whichever weight loss regime is most indicated, your progress will be monitored and Margaret will provide constant motivation and support. Patients find that after completing their programme with margaret, not only have they lost weight but they have also come to enjoy a healthier diet.

Many of the people who consult Margaret are simply suffering from low energy, low motivation and feeling unwell. Margaret has a many tools at her disposal and is able to motivate the patient to make positive change in their lives.

Book now and see for yourself what Margaret can offer.