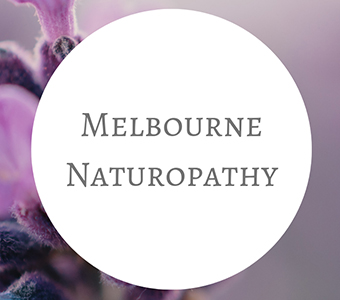 Digestive Problems and our Detox Programs that can treat them, and help you feel better.

There are many natural remedies, herbs, dietary and life style changes that can be used to treat digestive problems or disorders.

Irritable bowel syndrome (IBS) is a common and debilitating condition which significantly affects the quality of life. IBS presents with a cluster of gut symptoms, with the cardinal symptom being abdominal pain with either constipation and/or diarrhoea. The concomitant symptoms include distension and flatulence, with these symptoms varying in frequency and severity between individuals and in the same individual at different points of time.

Crohns disease is chronic inflammation involving all layers of the intestinal wall and any part of the gastrointestinal tract.The disease often presents with a pattern of intermittent remittance and relapses. Nutritional deficiencies due to malabsorption are common and developmental retardation may result in those who develop this disorder during childhood.

Ulcerative colitis is a chronic, nonspecific inflammatory bowel disease involving the mucosa and submucosa of
the colon. It usually includes the rectum and is characterised by uniform and continuous ulceration, bloody
diarrhoea and rectal bleeding. Recurrent inflammation may eventually lead to shortening of the colon, and with
long-standing UC, the surface epithelium may show dysplastic changes. Like Crohns disease, ulcerative colitis
often presents with a pattern of intermittent remittance and relapses.

Gastro-oesophageal Reflux Disease (GORD) or acid reflux, is a chronic condition in which the content of the stomach regurgitates (backs up or refluxes) into the oesophagus causing inflammation and damage to the lining of the oesophagus.

Functional dyspepsia and Gastroparesis are the two most common sensorimotor disorders of the upper GI tract, with shared symptoms of upper abdominal pain, postprandial fullness, early satiety and nausea.

Coeliac disease (CD) is an autoimmune disease triggered by an abnormal immune response to gluten. Gliadin,
one of the two proteins which form gluten, has been found to be the toxic component in coeliac disease which initiates the immune activation. The inflammatory damage as a result primarily affects the small intestine. Systemic manifestations of coeliac disease include fatigue, weight loss, diarrhoea, anaemia, osteoporosis and depression.

Non-coeliac gluten sensitivity (NCGS) is a condition that is neither autoimmune nor allergic, yet leads to subjective symptoms similar to those seen in coeliac disease when gluten is consumed. The condition is characterised by negative antibodies (except, perhaps to gliadin) and normal intestinal mucosa. The cardinal sign is the clinical improvement of symptoms on a gluten-free diet in the absence of antibodies and intestinal mucosal abnormalities.

Wheat allergy is a less common condition than CD and NCGS. It is characterised by an IgE-mediated reaction to gliadins, particularly ω-5 gliadin. Unlike CD, patients with wheat allergy usually do not need to restrict other gluten-containing grains, such as rye, barley, and oats from their diet. The symptoms of wheat allergy are typical of those of an IgE-mediated reaction. Symptom onset after consumption is much more immediate than CD and NCGS, often occurring within minutes of consumption, with acute swelling of the face, skin, respiratory and gastrointestinal tract.