Shanagh Sangster was trained as an Infants and Remedial Teacher in South Africa, where she taught before moving to London where she trained at the Centre for Rehabilitation of the Disabled. Next came a move to Sydney, where she was a support teacher (Learning Difficulties) in the Metropolitan West area.

Shanagh has run a holistic private practice for the last 18 years. Initially, the practice was mainly geared at tutoring, using the Lindamood/Bell remediation method and Eric Jensens Accelerated Learning program. The practice expanded rapidly to include many facets of both education and well-being. Shanagh works with children and adults of all ages addressing stress release, emotional well-being, allergy desensitisation and learning difficulties. In addition she now teaches Touch for Health Kinesiology workshops to empower parents to help their children.

What are primitive Reflexes?

What is neuro developmental delay?

Do you suffer from?

Behavioural and Self Esteem Difficulties

Then you may have primitive reflexes and Neuro Development Delay.

Primitive Reflex intervention can have powerful outcomes. Read about it in Case Studies

What is Neural Organisation Technique?

How does Neural Organisation Technique work?

What are the symptoms?

As all symptoms are identified through the Central Nervous System, chronic conditions can be assessed and balanced with the Neural Organisation Technique.

This kinesiology modality was developed by Dr. John Thie.
It is the cornerstone on which many other kinesiology courses are based.
It was designed to enable lay people to take care of their own and their families' health.
It is also an extremely useful tool for teachers. Everyone can benefit from Touch for Health.

They are a great introduction to the exciting world of kinesiology and better health. 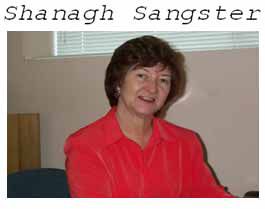