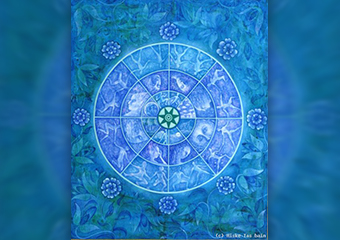 Lomi Lomi also known as Temple Style or Loving Hands massage is one of the most profoundly healing forms of massage.  This sacred, unique form of bodywork has been handed down through the Ancient Master Healers of Hawaii for generations.  Lomi Lomi is based on the the Huna philosophies, a basic assumption of Huna is that everything seeks balance and harmony and love.  The Hawaiians look at things in terms of energy flow, following the the idea that an idea or belief can block energyflow and manifest within the physical body as muscle tension, disease, emotional imbalance and even injury. Lomi Lomi can be helpful in releasing blockage's on all levels and give energy a new direction.  Lomi Lomi is wholistic in it's application viewing all aspects of the being as "the whole" mental, physical, spiritual and emotional which all have a symbiotic relationship.  Lomi Lomi is not only therapeutic, it is loving, sacred, nurturing and thorough with the healing effects  continuing long after the massage is over.

Persephone embodies the archetype of Chiron the wounded healer, her incredible life experience translates into a deep spiritual wisdom that can be benefitial to her clients during their healing journey.  With a background in natural health from early childhood as a result of being exposed to Naturopathy, Yoga and Accupuncture from an early age which helped to develop medical intuitiveness.  Persephone's formal training began in 2004 when she started to have Reiki attunements in order to become an effective energy healer, by 2006 she had trained to the level of Reiki Master/Teacher and the following year trained to the level of Seichim Master/Teacher.  For the next 6 year's she focussed on personal development along side practicing as an energetic healer, running and attending meditation's, attending vision quests and sweat lodge for her own spiritual development.

In 2009 Persephone received a Lomi Lomi massage and was astounded at the gentle transformative power of the technique, so impressed she immeadiately sought out formal training to become a Lomi Lomi therapist in 2010, continuing her training up to 2012. Persephone has had her own massage service in the ACT, NSW and VIC and has many clinic hours behind her.  In 2014 she added Theta Healing to her healing tool kit and continues in her own personal development pursuits to this day.

Lomi Lomi massage can be done in an hour or for a deeper massage up to and beyond 90 minutes, this is totally up to the individual to decide upon making the appointment. A consultation prior to the massage is necessary to assess the individual needs of the client and this is separate to the time spent in massage so it is necessary to allow yourself extra time as an hour massage easily becomes 90 minutes in the studio.  Full amenities and parking is available, 24 hour's notice required for appointments. 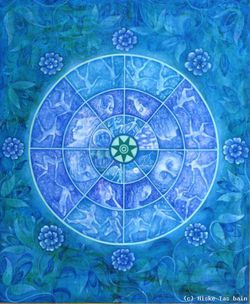