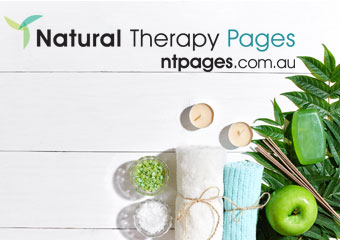 Judy Weaver
Make an enquiry
Kinesiology is a therapy that promotes self healing and wellness.

Having experienced first hand how kinesiology can help to unblock learning difficulties and physical ailments I looked further into what this was all about.

My daughter was struggling with her school work and as any parent would, I wanted her to be comfortable and happy at school. I happened upon a kinesiologist who worked with my daughter, and we immediately noticed changes

Since then I have studied the art of kinesiology in depth and found many different surprises within it . I have specifically studied Neural Organisation Technique (NOT) under the guidance of Bernard Carson. Whether a client has a physical ailment, learning difficulty, depression or other neurological ailments kinesiology contributes to the healing process of this symptom.

My daughter is doing well at school, my clients are reaping enormous benefits and the pleasure to be a part of this process is indescribable.

Whether you choose to try kinesiology or another means of achieving your objectives I wish you all the best and every happiness.

I write this letter in gratitude for what you have done for our family.

As you are aware. I originally came to you due to behavioural issues I had with our eldest daughter. She was hyperactive, beligerent, argurmentative and quite often, not that pleasant to live with. She had learning difficulties and her schooling was suffering. I came to you desperately hoping, yet I must confess slightly skeptical, that you could help our unsettled home life. When first walking into your office, I was overcome with calmness and skeptisism was quickly replaced with hope.

That week I noticed immediate. albeit subtle differences in my daughter. I put it down to coincidence and the following week when I was explaining to you the differences in her and suggested it was probably a coincidence, I remember you just smiled and said oh yes a lot of coincidences happen with kinesiology. from that point on the changes kept occuring and we had a calmer and much more pleasant young lady living with us. Her schooling has improved over the last six months of last year. A lovely moment for me was when other people started noticing the changes. Whilst they never voiced it to me I am sure a lot of people thought my daughter was a handful and now they were seeing such a beautiful child. In fact writing this, it is diffiicult to remember back to how bad my daughter was because she has been on an even keel for so long. we have started to take it for granted.

With such success with daughter 1, we moved onto my next daughter. She was not as fierry as No 1 but had her own little idiocyncrisies which disturbed the harmony. You sorted out the few minor problems for her and she too, is in a much happier place. It is so lovely to really love being around your family, something a lot of people would expect to happen naturally but it doesn't always work like that. I have loved coming to see you over the past 9 months or so and will continue to have an ongoing relationship with you so our family stays harmonious. Thankyou so much for everything you have done for us.

I went along to see Judy Weaver after experiencing chronic hip pain for about six months. I admit that I was highly sceptical about kinesiology. I had got to know Judy through my daughters school where she conducted the Brain Gym program and I had always been impressed by Judys passion for and belief in kinesiology. My doctor and chiropractor had been able to offer only temporary relief but the pain always returned shortly after treatment. Now almost twelve months after initially seeing Judy I am still pain free and delighted by the results.

So much so that when my daughter started having trouble part way through Kindergarten with her reading, writing and spelling I consulted Judy.

Judy has been a compassionate, thoughtful, thorough, and determined practitioner. I have truly appreciated the way she has kept exploring alternatives within the kinesiology field to ensure that we obtain the best result for my daughter with her learning difficulty. Judy always made herself available to speak with me and regularly took the time to follow up after a consultation.

My daughter is now progressing well and has made significant improvements since being treated by Judy. She is a much happier and more settled little girl who now likes to read and write and is performing above her age based peers.

I would describe Judy as a truly dedicated professional and highly recommend her to anyone considering kinesiology.

Prior to seeing Judy, my four year old son was very shy, lacked confidence, was delayed with his speech and language and was diagnosed with central auditory processing.

Five months later, my son has finally become the little boy I knew he wanted to be. His language and speech has improved dramatically, allowing us to have a long conversation. He is more confident with his peers and his teachers and his fears and lack of self esteem have been replaced with his enthusiasm to try something new.

Judy shows a genuine interest in each case, I know this as I have recommended three of my friends to her. She is a true professional and a lovely lady, but most importantly she is extremely thorough which enables her to get the amazing results she does.

Judy is now a part of our lives and I look forward to seeing her and learning more about myself and my children at each visit.

Amongst many different benefits that kinesiology has made for the rest of my family, I personally had an issue with High Blood Pressure.

The Doctor had put me on Blood Pressure Medication and I was told that once on this medication I would probably be on it for life.

I had one kinesiology session with Judy and, around three weeks later I contacted her as I was feeling quite dizzy. She suggested I go back to the Doctor and get my blood pressure checked The Doctor instructed me to stop the medication as my blood pressure was too low.

It seems that the body had time to self heal and as I was still taking the medication, my blood pressure started getting too low. A week later I went back to the doctor and my Blood pressure was perfect. I haven't taken any medication for this since. This was 18 months ago.

My son had been diagnosed with Central Auditory Processing Disorder and Visual Perceptual Difficulties as well as Dyslexia with a two year delay in all aspects of literacy, as well as mathematics. We had tried various approaches and specialists with small degrees of success, however we were still searching for the missing link.

After visiting Judy we immediately noticed remarkable changes in our son's attitude and ability. He now enjoys sharing information he has learnt and thus retained at school. He is motivated to improve and he no longer finds homework tasks overwhelming and frustrating. His speech therapist, who we began seeing just prior to meeting Judy, has also commented on the positive changes she has observed in our son's focus and the speed at which he is now progressing through her programme. She has full confidence that our son will overcome his difficulties in literacy even earlier that she had fist expected. Our son has also commented on the improvements he has noticed in his own ability which has boosted his confidence as well.

Judy has also helped me with a whiplash injury and a hip problem which had been causing me joint pain. In addition, she has helped to educate me about food intolerances and other sensitivities which exist in my family, and how to treat them.

I have confidently recommended Judy to several family members and friends who have all experienced positive outocmes after visiting her. She is a wealth of information and she has unleashed our son's true potentiial for which we are extremely grateful. I look forward to the new insights she gives me each visit.