Madeline has been practicing osteopathy for 25 years, specialising in a number of modalities to balance strain patterns in the body.

She has been practicing structural biomechanics and counterstrain since 1989 and cranial osteopathy since 1992. Madeline completed an Honors degree in Westminster University, England in 2001. She is a firm believer that as you bring the body into balance, it will heal itself. For this reason, challenging cases are often referred to her by colleagues practicing in other clinics.

Structural Osteopathy
Osteopathy is a safe, gentle and effective approach using hands-on techniques to diagnose and treat a wide range of health problems, aiming to relieve pain, discomfort and immobility.
The osteopathic philosophy is to treat the person as a whole, not just the specific symptoms. By improving the function of the whole body, osteopathy helps to stimulate the bodys own self-healing / self-regulating processes, aiding a return to health.

Its emphasis is on the interrelationship of the bodys structure  such as muscles, bones, joints, nerves etc  and its function  such as breathing, circulation, digestion, metabolism etc. It is widely used throughout the world and recognised as one of the most highly effective complementary therapies with a vast and expanding base of scientifically validated research.

Counterstrain
Counterstrain is a technique used in Osteopathy to treat somatic dysfunction. Counterstrain was developed by Larry Jones, D.O., whose dedicated research lead to the discovery and development of the Strain/Counterstrain method of diagnosing and treating musculoskeletal problems. Counterstrain is an important component of Osteopathic Manipulative Treatment (OMT). Madeline used to correspond with Dr Larry Jones (USA) who was her teacher. Treating patients with counterstrain, the tender points are foci of hypertonicity resulting from inappropriate reflexive muscular contraction and/or pain activity.

Harmon L. Meyers, D.O. (USA) has found counterstrain to be extremely effective for relief of myofascial pain patterns and other musculoskeletal problems.

Cranial Osteopathy
Dr. William Garner Sutherland was the first Osteopath to develop 'Osteopathy in the Cranial Field' by applying the principles of Osteopathy to the cranium (the skull and jaw) and movement of the sacrum.

The Osteopath trained in the Cranial Field can feel the movement within the body, which is a result of the expression of the nervous system, and fluid and membranes underneath the cranial bones and movement of the sacrum. Using this slight motion, the Cranial Osteopath can help treat the whole body, not just the cranium.

Structural Osteopathy, Counterstrain and Cranial Osteopathy can help people of all age groups - there is no age limit. 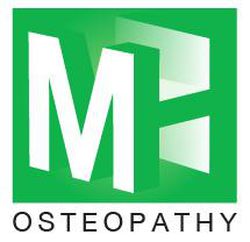