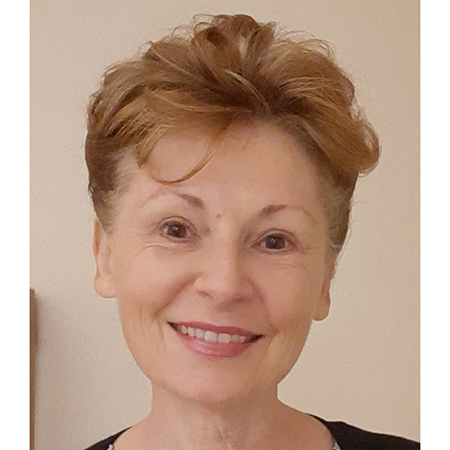 Felicity
Felicity jumped for joy the day she received her Bio-Compatibility test results. After ten years of suffering with Irritable Bowel Syndrome (IBS) Felicity finally had the answers she had been searching for.

Felicity’s symptoms included recurrent diarrhoea and debilitating pain that would leave her doubled up on the bathroom floor. She relied heavily on Imodium to get her through her working day and social events. She often felt nauseous, her appetite was poor and she experienced headaches, constant fatigue, and anxiety.

Over the last 10 years Felicity has had many tests and seen several medical specialists. At one time a dietician instructed her to follow an elimination diet; she ate mainly pears, chicken, rice, some crackers & drank water for ten weeks. While she experienced some mild symptomatic relief due to the small amount of food being eaten; she felt depressed, tired and weak.

The elimination diet was restrictive, difficult to adhere to and of little benefit. As it turned out Felicity was sensitive to chicken, rice milk and rice thins which were causing inflammation in the digestive system so her symptoms prevailed.

Felicity was encouraged to come to the IBS Clinic by her Fiancé; although sceptical at first after one week of eliminating just a few foods she had no pain and “hardly any” diarrhoea.

In four weeks she had her life back; her bowels were normal and she reported feeling 80% better with other symptoms. Her energy was up and she was walking for one hour every day.
She was enjoying shopping with her Mum, dining out, going to the movies and catching up with friends for coffee.

While Felicity had to avoid chicken, olives, eggs, avocado, shellfish and 27 other foods for 6 months, she could choose from over 200 fruits, vegetables, meats, fish, dairy products herbs and spices to build a healthy and satisfying diet.

Sandra
When Sandra came to the IBS Clinic she had lived with her symptoms for over 10 years but in recent months they had become so severe she was now in constant pain; her stomach felt like it was on fire, there was a persistent pain and pressure in the bowel so that she constantly felt she needed to go to the toilet. She also suffered nausea, bloating, and recurrent urgent diarrhoea which contributed to her anxiety. Sandra felt flat and tired and would often feel cold with “the shivers”; she struggled with a demanding role as theatre nurse.

Our Bio-Compatibility test revealed Sandra was reacting to chicken, ham, broccoli, multigrain bread and milk; after avoiding these foods for just a few days her burning pain was gone. All other symptoms disappeared within a few weeks. Sandra says she hasn’t felt this good in 15 years.

Alison
Alison’s symptoms included nausea, reflux, bloating and severe abdominal pain. Her bowels were most often constipated but at times she could also suffer severe diarrhoea for a week or more. Over the years this recurrent pattern had often co-incided with exams and curtailed Alison’s educational opportunities and determined her career path. Alison first came to the IBS Clinic having just quit her job; she was very ill, had lost all hope and was unable to work at all.

Alison had dramatically restricted her diet but had been unable to determine which foods were causing her debilitating symptoms. While eating very little Alison was relying on coffee with sugar to keep her going; both of these items were identified with our Bio-Compatibility test along with tuna, avocado, white bread and rice. After four weeks Alison had improved dramatically, she looked radiant, had more energy, much less anxiety and was planning to return to University to do a Post Graduate year and pursue a new career as a junior primary teacher.

Mary
When Mary first came the IBS Clinic she said she had been told that she had to learn to live with her IBS symptoms but she felt like she was dying.

Mary’s abdominal pain made her break out in a sweat, diarrhoea would come within 30 minutes of eating or drinking anything, she was bloated and uncomfortable. Mary also had daily headaches, a rash on her legs, pain in most of her joints and chronic fatigue.

Our Bio-Compatibility test revealed Mary was reacting to chicken, pumpkin, potatoes, yoghurt, black pepper, bananas and snow peas. Mary was advised to avoid these foods for six months. Mary responded quickly with her IBS Symptoms and rash almost gone within three weeks of changing her diet and she was surprised that her joint pains were gone after 8 weeks. With some herbal support to her thyroid and adrenal glands her energy was back to normal in three months; Mary said she felt like a new woman.

Belinda
Belinda came to the Clinic very distressed, she had suffered with constipation for many years and now no form of laxative was helping things to move. At 32 years old she was horrified when her doctor told her that her bowel was compacted, useless and should be completely removed and she would have to rely on a colostomy bag.

At best and with using a combination of four laxatives Belinda could only get her bowels to open once every two weeks to discharge a very small amount. Laxatives irritate the bowel and while they can initiate a movement; with prolonged use they make the bowel lazy. Belinda was prescribed a mixture of herbal bowel tonics; these were used to strengthen the bowel and teach it to work again. Things were moving for Belinda within the first week and while tonics were required for several months and with the assistance of probiotics, healthy fibre, and the right diet the result is a normally functioning bowel.

Jeff
Jeff was a young man who knew he was lactose intolerant and sensitive to salicylates. Jeff had spent 10 years on a very restricted diet but still had intense burning pain in the abdomen; he found it difficult to sit for more than 15 minutes which made travelling and working very difficult. He suffered debilitating diarrhoea despite taking up to 6 Imodium a day. There was bleeding from the bowel at least twice per week and Jeff felt nauseous more often than not. Our Bio-Compatibility test was able to determine that Jeff was reacting to specific foods including cabbage, celery, banana, baked beans, mushrooms, sunflower oil, pork and soy milk.

Jeff avoided these foods and continued to avoid lactose and foods high in salicylates and at his four week check up his symptoms were 50% better. Jeff had believed that oats were safe to eat and had replaced his usual banana for breakfast with porridge; this was the last piece of the puzzle and as this was the only source of gluten remaining in his diet Jeff found his symptoms were 90% better within 8 days of eliminating it.

Private Health Rebates are available for all major funds.

Consultations are available on Monday, Tuesday, Thursday and Friday from 9.00am to 6.00pm and Saturday from 8.00am to 3.00pm 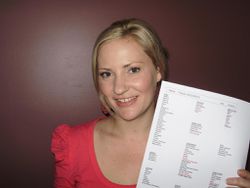