View All 2 Locations
Request a booking
Make an enquiry

Casey Allied Health offers exceptional care using a wide range of therapies to alleviate all foot related complaints, liasing with other health care professionals, to give you comprehensive holistic podiatric care. Listening to our clients needs with determination to guide and assist each person for their own individual problems.

The musculo-skeletal system is responsible for the body’s structural stability and physical movement. It is composed of many different kinds of muscles, ligaments, joints, tendons and bones. Musculoskeletal dysfunctions are very common; many people experience muscle pains, aches, joint dysfunctions etc.

MST is a branch of physical therapy that focuses on the treatment of the musculo-skeletal pain and dysfunction viewing the body as a whole and not just focusing on individual places. It involves an extensive physical evaluation, orthopaedic testing, postural analysis, manual therapy and a rehabilitation plan.

What you can expect?

Our Whole Body Health Practitioner/Nutritionists are there to serve you and care for your health intentions. By thoroughly assessing each client’s Individual Health History, together your practitioner with you, move through the vital foundations of knowledge and actions relating to true health and wellbeing.

What treatment techniques does MST use?

This particular specialisation is a personal one. When I was about four years old my family was exposed to chemical poisoning which nearly killed my baby brother and left my whole family with ongoing health problems.

Chronic Fatigue Syndrome is the main problem that has persisted with my family to this day. Chronic Fatigue Syndrome and Fibromyalgia are both rather a controversial diagnoses. Anyone suffering from one or both of them will know that: Firstly we need to understand that a “syndrome” is simply a conglomeration of different symptoms that we assume are all related, it’s not a full diagnoses. Symptoms like muscle aches, constant fatigue, sleep disturbance and nausea all overlap with many other conditions. It is when these common symptoms persist for no apparent reason that we diagnose people with CFS.

I often marvel that the symptoms of CFS are also felt by patients recovering from a spinal cord injury. Could this mean that there is a neurological component to CFS? CFS is also known as neurasthenia which is Latin for nerve weakness.

I suspect that one day we will have stopped using the term CFS and will have broken it down into more specific diagnoses such as forms of chemical poisoning, autoimmune disorders, viral infection and neurological dysfunction.

Philosophy of treating CFS and Fibromyalgia

Many people with CFS long for a diagnoses that never seems to come. Some fancy disease with a fancy name that can be cured with a single pill. But what if it’s not that straight forward? What if CFS and Fibromyalgia are the mixed symptoms of numerous smaller things going wrong in different systems? It would certainly explain why no two cases of CFS ever seem alike.

A lecturer (whom I have a lot of respect for) once told me to view chronic medical conditions like untying a knot. You don’t start trying to untie the knot at its central, tightest point. Rather, you start with the outer parts of the knot where things seem a little healthier and simpler. As you work your way in then the central part of the knot becomes a little clearer.

I have a special interest in neuroscience (nerves are like your bodies electrical wiring). The neurological system is heavily intertwined with ALL other parts of your body and plays an important yet subtle role with all parts of your health. I will often “nerd out” when I see something interesting at my research job or when I have a patient come in with a neurological problem.

Neurological problems commonly present with numbness, tingling, weakness, altered sensation and occasionally with sharp shooting pains. I’ve even heard one person describe nerve pain as having a “toothache” in the muscle.

When something is “pinching” a nerve it often classifies as an impingement syndrome. (Impinge is based off a Latin word which means to rub against)

Some common examples of impingement syndromes that are within my scope of practice are:

What Conditions can MST treat?

Our clinic is situated in the middle of Berwick with ample parking, which is quite easily accessible for all residents of Berwick, Narre Warren, Cranbourne and Hampton Park. 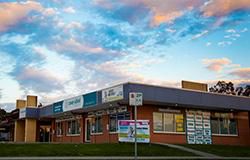 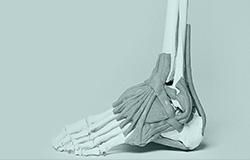 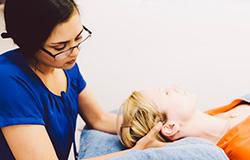 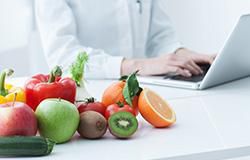 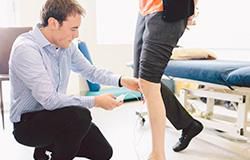