Learn how your food, exercise, sleep & stress affects your health based on your glucose biomarkers.

Join the Vively waitlist now to get a 30% discount. 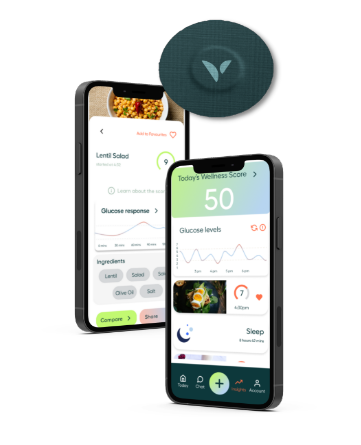 Send Me Details Now
Energy Psychology such as EFT brings therapy that would normally take years or months down to hours or minutes!

What Is Energy Psychology?

Energy Psychology is a term given to anything that uses both psychology and energy medicine in the same treatment. EFT (Emotional Freedom Techniques, also known as Tapping, does just that.

Albert Einstein told us back in the 1920's that everything (including our bodies) is composed of energy. The Chinese knew it long before Einstein of course with the first record of energy medicine (acupuncture) being found in the 4,700 year old Huang Di Nei Jing (Yellow Emperor's Classic of Internal Medicine). This is the oldest medical textbook in the world and is said to have been written down from even earlier theories by Shen Nung, the father of Chinese Medicine. Shen Nung theorized that the body had an energy force running throughout it. This circulating energy force is known as Qi (roughly pronounced Chee) and is the vital force, or energy, inherent in all essential life activities including the spiritual, emotional, mental and physical aspects of life.

So, energy medicine has been practiced for thousands of years, but the Western world only acknowledged it in the early 1970s! Will it take as long for Energy Psychology to be acknowledged and widely adopted? The term Energy Psychology refers to those therapies that use both psychological interventions and energetic interventions together in a particular treatment format, like Emotional Freedom Technique (EFT) does.

In Energy Psychology, the problem is assessed, diagnosed, and treated as an energy-based problem. One of the pioneers in Energy Psychology is David Feinstein, Ph.D., a clinical psychologist who has taught at The Johns Hopkins University School of Medicine. David Feinstein describes Energy Psychology this way: "Like the oriental medicine traditions to which it traces, the theoretical core of energy psychology is simply this: Whatever the presenting problem, it has a counterpart in the client's energy system and can be treated at that level." Furthermore he states When your energy is balanced and runs clear, your emotional distress disappears.

From the point of view of Energy Psychology, painful physical, emotional and spiritual symptoms are the result of a disruption in the energy system. When the disruption is corrected, symptoms will be replaced by healthy functioning. For instance, a phobic response to spiders would be replaced by a calm response to spiders. All aspects of the phobic response would be normalized. Therefore, physical sensations of distress (such as tense muscles, racing heart, lumps in the throat or sensations in the pit of the stomach) are alleviated. Disturbed thought processes (such as distorted perceptions and catastrophic expectations) are normalized. Negative emotions (fear, panic, anger, helplessness, confusion, etc.) are replaced by inner peace. Unhelpful behavioral tendencies (flight or fight or freeze responses, for example) are corrected.

All of this can be achieved with Emotional Freedom Techniques (EFT) which uses the natural resources of the bodys energy system. These changes often happen within only minutes of EFT treatment, and yet the inner transformation is often profound and enduring. There is a large generalization effect of treatment meaning that the treatment of one issue often causes resolution in many other issues (a real bonus!).

Is there any proof that Energy Psychology, such as EFT, works?

In a randomized controlled study (the gold standard of scientific research) of 59 U.S. veterans with posttraumatic stress disorder (PTSD), six hour-long sessions of a treatment method called Emotional Freedom Techniques (EFT) resulted in an impressive 86% of those receiving treatment dropping from the category of clinical (severe) PTSD to the category of subclinical PTSD. This is the best result for PTSD ever obtained in a clinical trial of any therapy. The study appears in the prestigious Journal of Nervous and Mental Disease, the oldest peer-reviewed psychiatry journal in North America, in February 2013.

Another study involved the energy psychology known as Thought Field Therapy (TFT) which is the method EFT grew out of. Treatments by international teams working with post-disaster victims in Kosovo, Rwanda, the Congo, and South Africa tallied the treatment outcomes of 337 individuals (Feinstein, 2008). Treatment focused on reducing severe emotional reactions evoked by specific traumatic memories, which often involved torture, rape, and witnessing loved ones being murdered. Following the energy psychology interventions, 334 of the 337 individuals were able to bring to mind their most traumatic memories from the disaster and report no physiological/affective arousal. Twenty-two traumatized Hurricane Katrina care givers participated in a 30-minute group orientation followed by an individual energy psychology session of approximately 15 minutes. The results were recorded on a "Subjective Units of Distress" (SUDs) self-reporting scale developed by Wolpe in 1958 which asks participants to scale their problems from 0 (no fear/distress) to 10 (intense/unbearable fear/distress). They reported a reduction from a mean of 8.14 to 0.76 on 51 problem areas they had earlier identified, including anger, anxiety, depression, loss of control, panic, resentment, sadness, shame, survivor guilt, and worry.

How Does EFT / Energy Psychology Work?

EFT works by stimulating energy points on the surface of the skin (by tapping on them) which, when paired with specific psychological procedures, can realign the bodys energy system. Unlike other energy healing methods, EFT incorporates an emotional element to the healing process, addressing unresolved emotional issues as a likely cause of physical disease, psychological dysfunction, and personal performance limits. One of EFTs claims is that it often works where nothing else will. Why is that? Well Einstein and the Chinese before him might have known that our body had an energy force running through it, but as most western doctors are yet to acknowledge this they do not treat for energy imbalances

Email Karen today at karen@setfree.co.nz to discuss how EFT can help you. Location no barrier - working Australia wide via Skype.

Why Should You Try Energy Psychology?

Psychologists & counselors work just with the mind. Doctors work just with the body. We aren't just a mind or a body though, we are mind, body and spirit. You can't just take one part out and be completely successful. Energy Psychology such as EFT works with everything together, which is why it is so fast and so effective!

Traditional therapy can take years, or at best months. According to statistics the average period of time that someone has therapy for is 10 years! With Energy Psychology, because we are working with the body's energy system as well as with the mind, treatment is often reduced to hours or minutes.

Although the changes that you experience can happen within only minutes of a treatment, the inner transformation is often profound and enduring.

More information on all the services Karen offers is available here

Why not email Karen today or click on the 'Make an Enquiry' button to discuss the benefits that EFT and Energy Psychology can bring to you.