What is Laughter Yoga?

Laughter yoga is a type of yoga that involves prolonged voluntary laughter by utilising a series of guided techniques such as eye contact and spontaneous playfulness among groups of participants. It is based on the belief that laughter can provide physiological and psychological benefits.

Laughter yoga was developed by Indian physician Madan Kataria and is founded in scientific findings that show that the human body is unable to differentiate between fake and real laughter. A person can receive the same health benefits. Research shows that laughter releases hormones called endorphins that help lower stress levels in the blood, which in turn improves the immune system and the body's self-healing mechanism. 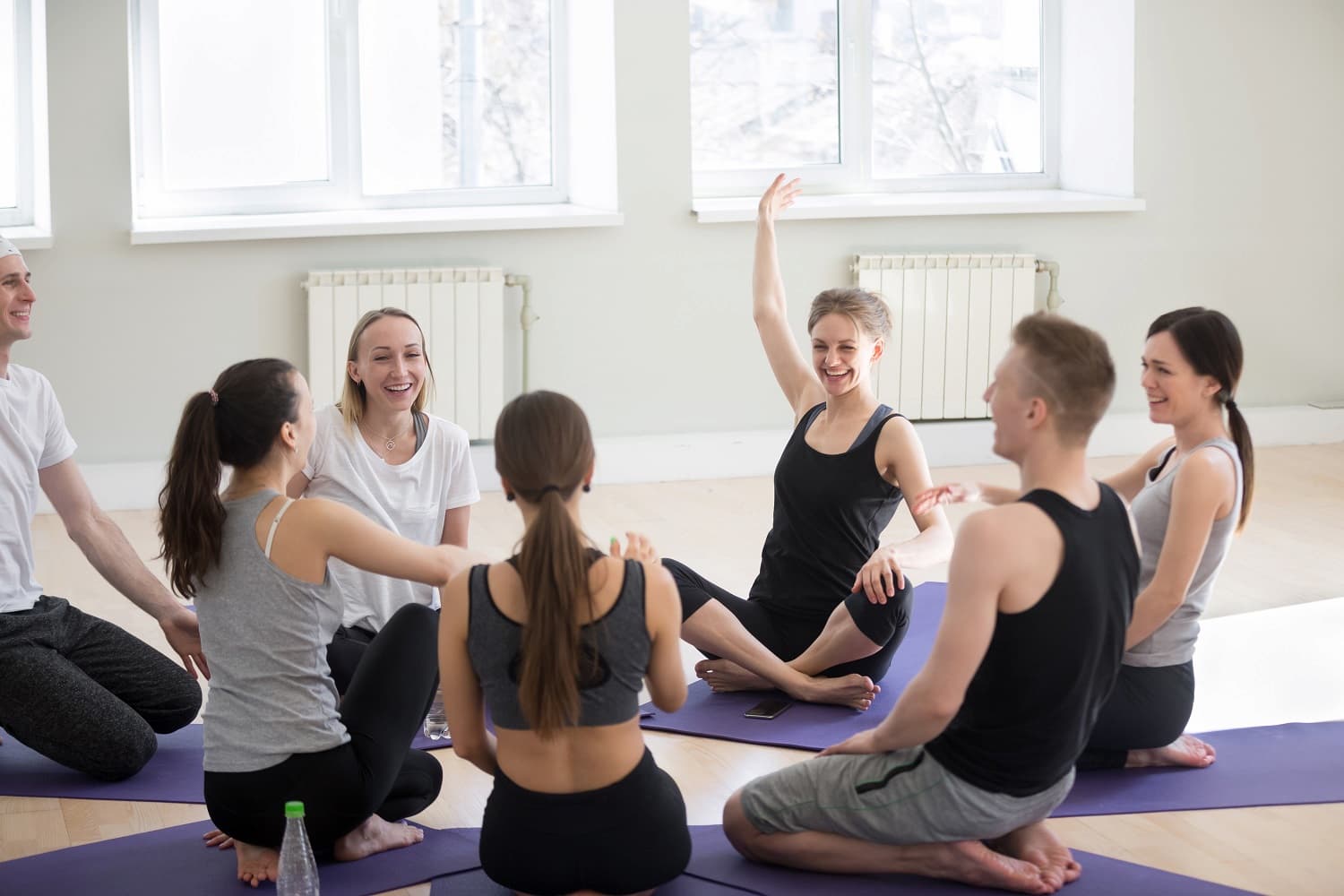 How Does Laughter Yoga Work?

Laughter yoga can be practiced alone or in a group of people. When practicing alone, start with warm-up exercises like clapping the hands. It helps stimulate the acupressure points on the hands and increase the energy level. Then, perform the lion laughter exercise which is derived from the lion posture in yoga. Another key element is stimulating deep breathing to help with the release of big belly laughs, which allows the individual to access deep laughs.

Performing or trying playful exercises that encourage joy and laughter helps motivate the person to laugh for no reason other than bring out joy and fun. Lastly, try to perform value-based exercises. These laughter exercises help the person practice laughing and deriving positive feelings from certain situations or emotions. It allows the person to confront a strong emotion and learn to laugh at it, which is about finding the joy and fun in negative emotions.

What are the Benefits of Laughter Yoga?

Whether it's genuine or fake, laughter can relieve stress, create happiness and make everybody healthier. Its effects reverberate and affect not only the person laughing but everyone around them. The breathing and laughing exercises employed in laughing yoga are found to be helpful in managing a wide range of ailments and chronic conditions as they offer the following benefits:

What Can You Expect From Laughter Yoga?

Laughter yoga is a simple wellbeing routine that anyone of all ages can participate in. This type of yoga always starts with warm-up exercises to help the body get prepared for laughter. During the laughter workout, the participant alternates between laughter exercises, rhythmic clapping and deep breathing exercises.

Laughter exercises, which are playful in nature, are designed to simulate laughter to flow from the body. Rhythmic clapping helps stimulate the acupressure points and increase energy level. Deep breathing exercises bring relaxation to the mind and body.

Laughter yoga sessions usually last for 45 minutes or longer if it includes a laughter meditation. Laughter meditation is inclined more into spontaneous laughter and a deeper level of laughter. During this stage, it creates an opportunity for the participant to release repressed emotions from the body to bring out a healthy, emotional catharsis.

Laughter yoga classes are usually held outdoors like in a park, but some groups prefer to hold their sessions in a yoga studio. Be sure to wear comfortable clothes with a breathable fabric when you attend class. Avoid tight clothing so as not to restrict your abdominal muscles while doing the breathing and laughing exercises.

Laughter yoga is safe and beneficial to everyone regardless of their age or state of health. Additionally, a scientific study published by the Biomedical Research and Therapy revealed that this type of yoga can help people with mental health issues, specifically Parkinson's disease, as it reduces anxiety and improves sleep quality in patients.