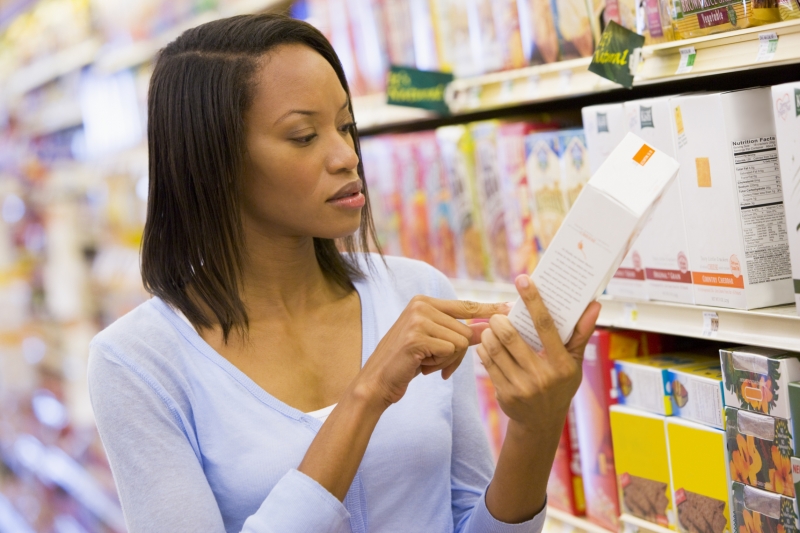 Are you aware of what is in the food you eat on a daily basis, or what all those numbers on a food label signify? It could be a chemical cocktail that is doing you and your family no favours on the health front, and may just explain your children’s recent erratic behaviour. Author and food campaigner Bill Statham is on a mission to educate us all about the dangers lurking in the food we buy and consume every day. His book, The Chemical Maze, is a global publishing success that offers insights into the often obscure names and numbers on product and food labels. A recent collaboration with software developers Naturally Being has also seen the book transferred into the digital realm, with a range of handy apps that consumers can access on their smart phone while they shop. ntpages caught up with the pair to learn more.

Tell us a little about your book, The Chemical Maze?

“The book is the result of over 10 years of ongoing research, and is a handy reference for people who want to know what is in their foods and cosmetics. The book helps you to identify the risk level of additives and ingredients so you can avoid them and any potentially harmful effects. The book has also provided the basis for a number of iPhone applications, developed in conjunction with Naturally Being, and all based on the original book.”

What are some of the ‘modern’ allergies encountered, and is there evidence linking food additives to these?

“According to some sources the encroachment of genetically modified additives and ingredients into our food supply has led to an increase in some allergies. When a gene from a known allergen is implanted into a non-allergenic food, some people may now develop an allergy where none previously existed .”

What are some of the most alarming food additives still in use today?

“It’s easiest to classify these into groups – so many of the synthetic colourings, some of the preservatives, the artificial sweeteners and the flavour enhancers. To cite individual additives within these groups, I would name the colours tartrazine (102) and sunset yellow (110); the preservatives sodium benzoate (211) and sulphur dioxide (220); the artificial sweeteners aspartame (951) and saccharin (954); and the flavour enhancers MSG (621) and disodium 5’-ribonucleotides (635).

What conditions are associated with these groups?

“These food additives cause or exacerbate complaints like asthma, hyperactivity, skin rashes, headaches and migraines to name a few conditions. They may also be associated with organ dysfunction, reproductive abnormalities, birth defects and cancer”

Are these additives not tested before being used in foods?

“Studies on the effects on metabolism, genetic toxicity, ability to cause cancer and effects on reproduction are among those carried out. However tests are mostly only done on animals and the results do not necessarily always apply to humans. Testing of additives for effects such as behavioural problems and learning difficulties are rarely conducted, so their impact on behaviour and learning as well as their ability to trigger hypersensitivity reactions and allergies is largely unknown. Another important point is that testing is mostly only done on individual additives and not combinations. Studies have shown that an additive on its own may be relatively safe but when combined with other additives, as is seen in most processed foods, adverse health effects can arise. For example, Vitamin C is a safe, and beneficial, additive, but in combination with a benzoate preservative the carcinogen benzene is formed. Regulatory authorities do not carry out tests on additives, but rely largely on the information supplied to them by manufacturers, which unfortunately is often motivated by financial rather than health factors.”

What is your opinion of the current legislation as regards food labelling of foodstuffs?

“There are a number of issues around food labelling, but essentially current legislation is biased in favour of the manufacturer.  There are not enough warning labels alerting customers to potentially dangerous ingredients, and there are space limitations on a label - so the majority of a label is often taken up with adverts promoting the product. There are also loopholes which manufacturers use to their advantage. One positive is that local food labelling legislation is currently under review.”

What loopholes are you referring to?

“The most obvious one is called the ‘5% loophole’, and refers to the fact that food manufacturers are not obliged to list an additive that it is part of an ingredient that constitutes less than 5% of the products ingredients.”

What do I need to look out for on a food label?

“All the food additives on a food label must be listed either by name or by code number.  This is the INS number, the International Numbering System (INS) for food additives.  If this number is prefixed by the letter E, these denote additives used in the European Union and approved for use in Australia and New Zealand. The function the additive performs, such as preservative, thickener etc., must also be listed”

How about imported foodstuff and what they contain?

“Inspection of imported food is carried out by authorised Australian Quarantine and Inspection Service (AQIS) officers and all imported foodstuffs must comply with state and territory food legislation and other legislative requirements. So, in theory this should not be an issue, but in practice the sheer volume and diversity of goods coming into the country means they cannot all be screened or monitored.”

For parents, what particular concerns should they have for their children?

“Considering that the first seven years of a child’s life are critical for establishing a foundation for their ongoing health, parents should be very concerned what is in their children’s food.  Food additives currently approved for use in Australia are associated with asthma, hyperactivity and learning difficulties in children.”

What is your primary concern with genetically engineered (GE) foodstuffs?

“We don’t know the long term implications of genetically engineered foods – they haven’t been around long enough.”

What GE foodstuffs are grown locally here in Australia?

“I know that GE canola oil is produced locally, but I am not certain if it is produced for export or for the local market.  But GE crops do enter the food chain in other ways – as chicken and other livestock feed for example.”

Do labels have to indicate if a product is GE?

“Yes, there is a legal requirement to list genetically engineered ingredients on food labels, however because there are so many loopholes in the regulations, over 70% of processed foods on supermarket shelves may contain GMO’s without being labelled as such. Consumers are more likely to find products labelled as ‘GE or GMO free’ – where it is used as a selling point.”

You have also written about the dangers of food irradiation?

“Yes, this method is used by the food industry to eradicate potentially dangerous microorganisms in food – and basically involves exposing foods to nuclear gamma rays. The long term safety of this technique is also unproven.”

Tell us about your Food Additives Maze iPhone app (Naturally Being)?

“This is one of four stand alone apps that focus on specific subjects – the others being cosmetic ingredients, allergies, and asthma.  These are all available on the Apple App store and mirror the information that is available in the printed versions of the book or the full Chemical Maze app.”

How do you use the app (Naturally Being)?

“It’s as simple as entering the number of the food additive and clicking search, to get feedback on the safety of an ingredient. A variety of icons then appears showing the risk level of each food additive, and the likelihood of these triggering an asthma attack or allergy.”