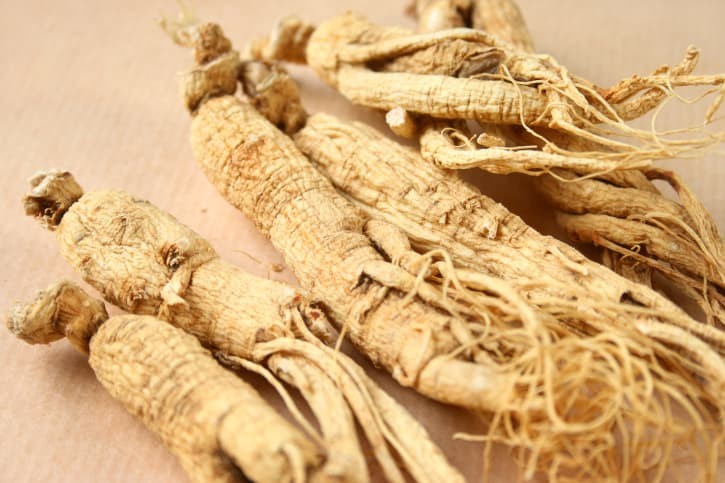 Ginseng has been used for thousands of years and has been trusted in China, Korea and other Asian countries for its health benefits. Modern science agrees that the herb ginseng helps our bodies stay fit. Considered to be one of the most popular adaptogens in the world, ginseng has been used traditionally in China for centuries, but has only been discovered in Australia and European countries recently. If you're pondering adding a little ginseng to your diet, here are a few great reasons to try it.

Ginseng is the root of plants that belong to the Panax genus, which is used in traditional Chinese and Ayurvedic herbal remedies. It reportedly helps our bodies adjust to stressful situations and it also boosts our immune system. It's grown in the northern hemisphere (China, Siberia and Korea), so the ginseng you see in your supermarket is likely imported from one of those countries.

The medicinal properties of ginseng make it a staple in soups, herbal teas and supplements. However, while most people can safely incorporate ginseng into their daily diet, it does come with a warning. Since the herb can cause sleep issues, headaches and migraines, digestive complaints and allergies in some people, it's wise to consult your healthcare professional before using it. And if you're breastfeeding or pregnant, you shouldn't take it at all. For most of us, though, ginseng has many health benefits we shouldn't overlook.

What Are the Benefits of Ginseng?

There's a reason why the perennial plant has been used for more than 5000 years. Panax ginseng, which is also known as Korean ginseng, is the most common form of ginseng that offers many benefits thanks to its major components called ginsenosides. These compounds have anti-inflammatory properties, prevent cell death and are packed with antioxidants, hence the therapeutic powers of ginseng. We discuss some of the beneficial effects of ginseng below and why you would want to incorporate it into your diet.

This is not just a rumour. Studies have shown that ginseng can reduce inflammation and is a potent antioxidant. Rather than use prescription medications, try boiling and taking fresh ginseng or natural ginseng supplements and see how they work. 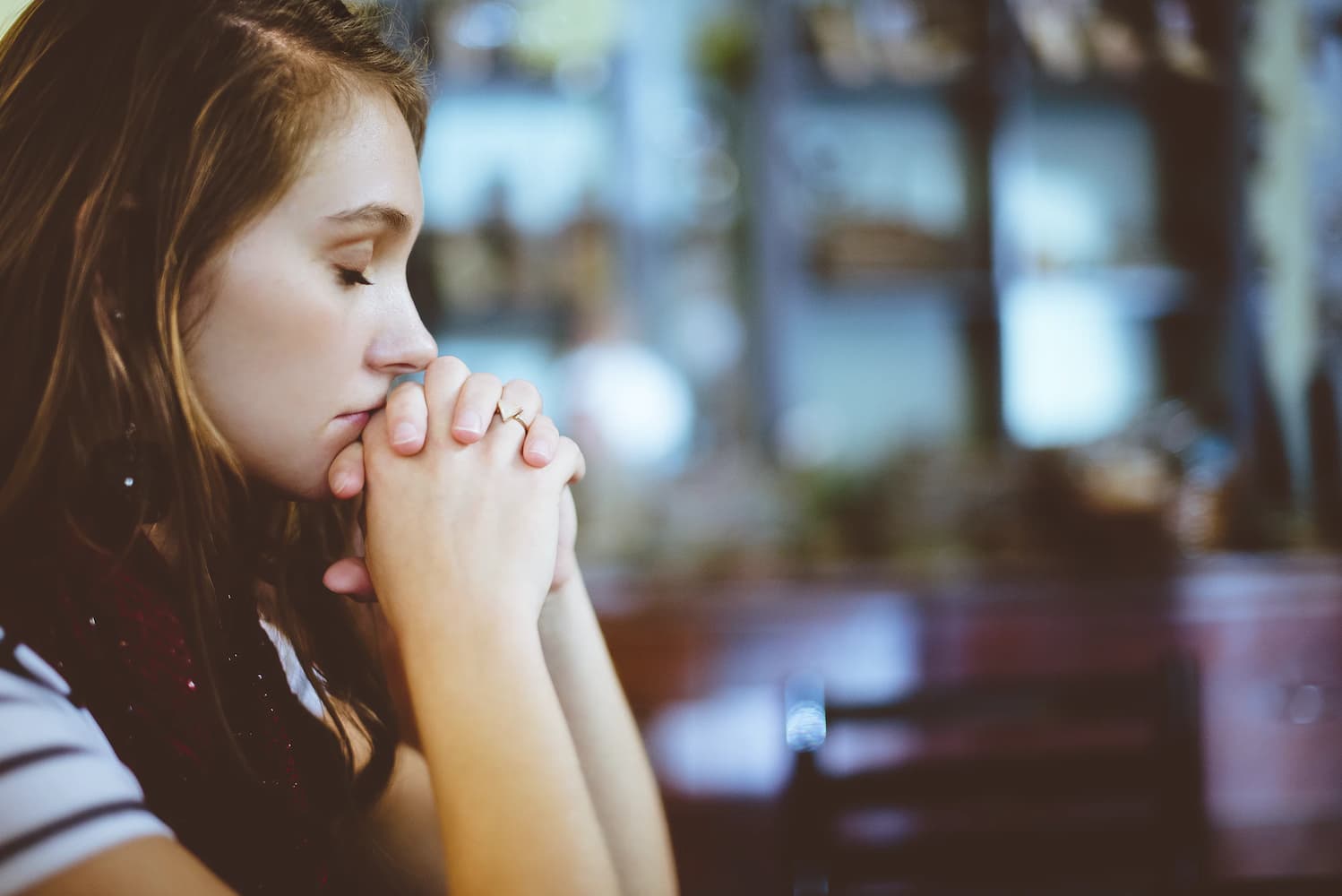 Studies have also shown that ginseng may help cognitive functions as it protects the brain from the dangers of free radicals thanks to the positive effects of ginsenosides and the compound K contained in the herb. Based on a clinical study, people who consumed 200 mg of Panax ginseng for four weeks showed improved brain function. Another study showed that a 400 mg dose of the same form of ginseng made the participants calmer and improved their math scores. Ginseng has also been shown to be beneficial to people with Alzheimer's disease.

One study was done with cancer sufferers. They were given 5400 mg of ginseng daily for two years and then they exhibited a significant improvement in immune functions and a lower incidence of cancer symptoms thereafter. Another study showed that ginseng gave people a 35 percent higher chance of living disease-free and a 38 percent higher survival rate than people who did not take ginseng.

Anecdotal studies have shown that ginseng can help reduce certain types of cancers in individuals. The herb's ginsenosides, which is its active ingredient, may play a role in this because they help prevent abnormal cell growth.

People with cancer who consume ginseng have a 16 percent less chance of developing certain types of cancer, including lip, mouth, stomach, lung and other cancers. American ginseng in particular can help alleviate fatigue and the other side effects of cancer treatments. Red ginseng, on the other hand, helps prevent ovarian cancer and breast cancer, according to clinical studies. 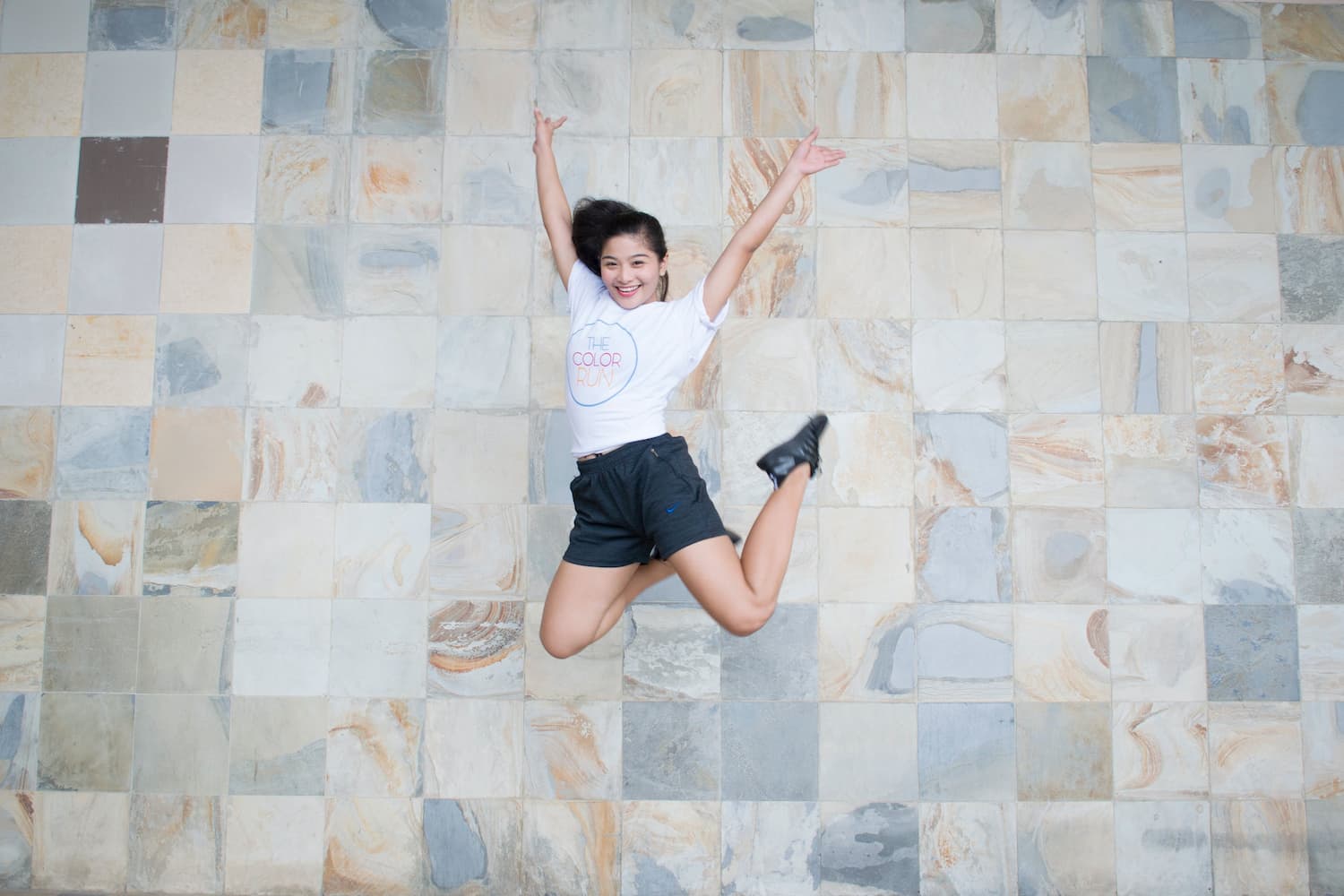 Ginseng has also been shown to decrease fatigue and increase energy. One study chose 90 people with chronic fatigue syndrome. The placebo group showed no improvement in their condition, but the group that was given ginseng had less fatigue and oxidative stress. Another study was conducted with 364 cancer survivors. They used American ginseng in 200 mg doses per day and cancer-related fatigue (CRF) was studied. The study concluded that the patients who received ginseng over an eight-week period showed a significant improvement in fatigue compared to those in the placebo group.

One study examined hyperglycemia and concluded ginseng could be a substitute for conventional drugs. Another study used ginseng to study glycemic control and concluded that "Ginseng modestly but significantly improved fasting blood glucose in people with and without diabetes." Moreover, several scientific studies conducted on American ginseng have revealed that the herb increases insulin production in people with type II diabetes and decreases their blood sugar levels.

Men suffering from erectile dysfunction may benefit from ginseng and improve their sexual performance. Two studies have been conducted and both used a placebo and ginseng on the test subjects. When Korean red ginseng was used in the treatment group, it was found that ginseng may be an "effective alternative" to a more invasive approach in improving sperm function. The other study came to the same conclusion. 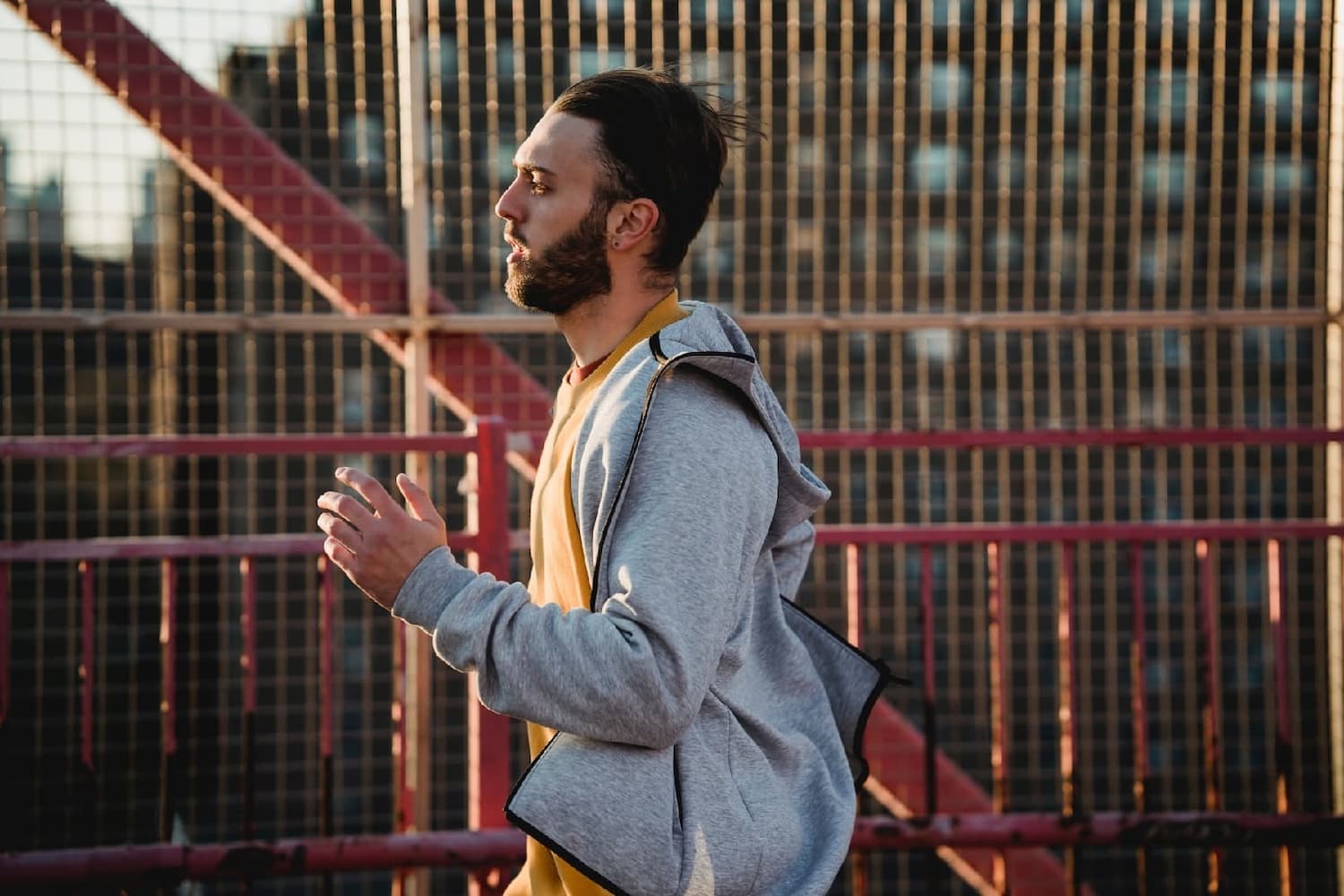 While it's a stimulant, ginseng also stabilizes the metabolism while aiding relaxation. You may also find it gives you a nice subtle shot of energy. Some studies have found that ginseng berry could help people manage their weight, as it suppresses the appetite. We all want to stay young and ginseng seems to slow the aging process due to its high antioxidant content.

When menstruation comes, ginseng might be the ticket to relieving painful cramps and helping you get on with your day. Postmenopausal women will also benefit loads from red ginseng as it reduces fatigue and the risk for heart disease.

Studies show that taking red ginseng improves blood flow in healthy individuals and prevents high blood pressure. Its ability to relax and widen the blood vessels allows blood to flow smoothly to the different organs of the body and supply them with sufficient oxygen for normal functioning. 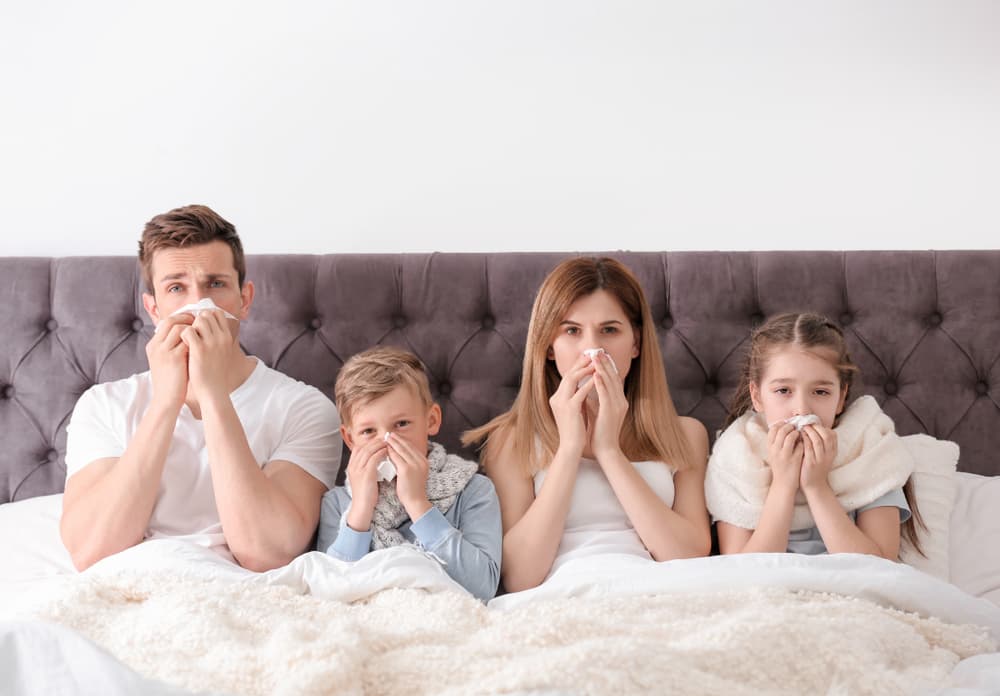 Taking a ginseng root extract can help drive away the nasty flu or cold. Siberian ginseng is found to be effective in treating pulmonary disease as well as irregular heart rate, sleep patterns and poor memory. It is common in Eastern medicine, used specifically to treat infections, rheumatoid arthritis, the side effects of chemotherapy treatment as well as improve athletic performance.

How Do You Take Ginseng?

One of the best ways to take ginseng is by mouth. This can be important for people with diabetes, because taking ginseng by mouth in tablet form can be beneficial when taken two hours before eating.

Ginseng should be taken two times a day and the effects will be noticeable after a few weeks of taking it. Care should be taken when using ginseng. The best type of ginseng is Panax ginseng, but other types are available, too, but may not be as effective. Panax ginseng's health benefits aren't limited to those listed above. It can also help with a wide range of other ailments and chronic medical conditions, including:

Another way to take ginseng is to buy the roots, remove thin slices and take it in the form of tea. The herb is also sold as dietary supplements, but be sure to check the background of the store or seller before buying to ensure that they're offering a genuine ginseng product.

While it boasts a host of benefits, ginseng should not be taken for more than 3 months as it could cause side effects like insomnia, digestive issues and allergic reactions. Research shows that Asian ginseng should be used no more than 3 months, while Siberian ginseng must only be used up to 2 months. Although certain American ginseng extracts can be used beyond 3 months, it would be best to consult your GP first rather than run the risk of harming yourself. 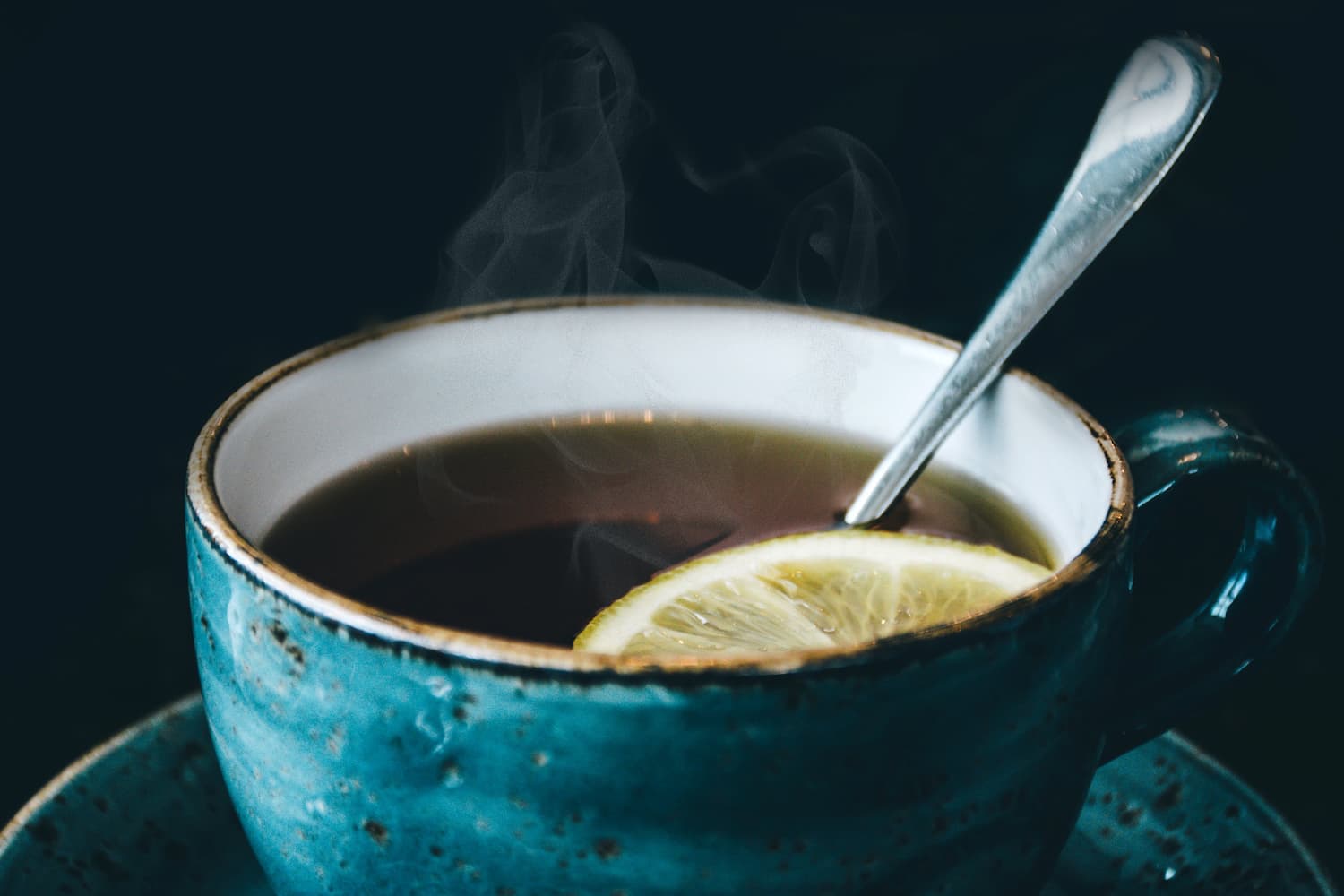 What is the best type of ginseng?

The best type of ginseng may be Korean red ginseng. It is dubbed the "King of Ginsengs" because of its potency. Chinese red Panax ginseng is another good choice. Basically, red ginseng is better than other types of ginseng. Siberian Eleuthero ginseng may also be a good choice. While ginseng can grow anywhere, those found in cold countries are more potent. American ginseng was used by Native Americans and is now popular in the United States.

Ginseng has many health benefits, and making it a part of one's diet will ward off disease and make the person feel stronger and more alert. It can be taken in pill form or come in ampules, but you can also make tea out of the herb and derive its benefits.

Can ginseng be taken daily?

Ideally, yes. But daily consumption of 1-2 grams of raw ginseng root or 200-400 mg of extract are suggested. Best to start with low doses and just increase over time. For best results, look for standard ginseng extract containing 2-3% total ginsenosides and take before meals for maximum absorption.
rn
rnBut it is also important to note that it is best to consult your doctor if you take any medications before taking ginseng. Caffeine intake may also amplify stimulant effects of ginseng. And to avoid side effects, ginseng shouldn't be used for more than three months (even a few weeks for some) at a time.

Ginseng has become very popular because of its antioxidant and anti-inflammatory properties. Some studies showed that it can help improve mood and endurance, even help treat cancer, heart disease, fatigue, erectile dysfunction, hepatitis C, high blood pressure, menopausal symptoms, and other conditions. However, evidence isn't conclusive.

Is ginseng safe for pregnancy?

No, experts do not recommend pregnant women take ginseng in any form. Though evidence is still inconclusive, it is better to stay away from it and just not take the risk.
rn
rnGinseng, because of its possible estrogenic activity, and the lack of study to prove otherwise, is also not recommended for breastfeeding women.

Ginseng pretty much smells like how it tastes, which is bitter. Dried ginseng can be very bitter. Cooks also use it because it adds bitter notes that is required with some recipes.

Where can you find ginseng?

Ginseng is very commonly found on hardwood forests of North America, including Ontario & Quebec in southern Canada, south of Georgia, and west of South Dakota & Oklahoma. It usually grows in well-shaded & moist areas of the forest.
rn
rnIn Australia, ginseng is grown in the north-west area of Tasmania near Delograine because of their incredibly fertile soil. 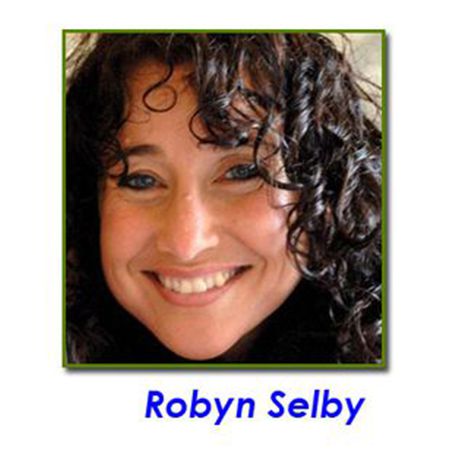 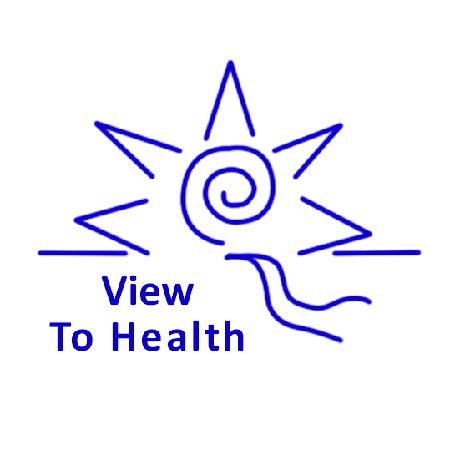 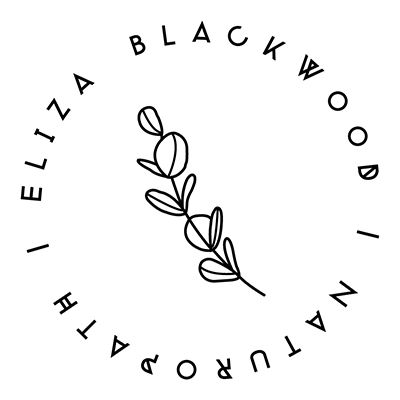