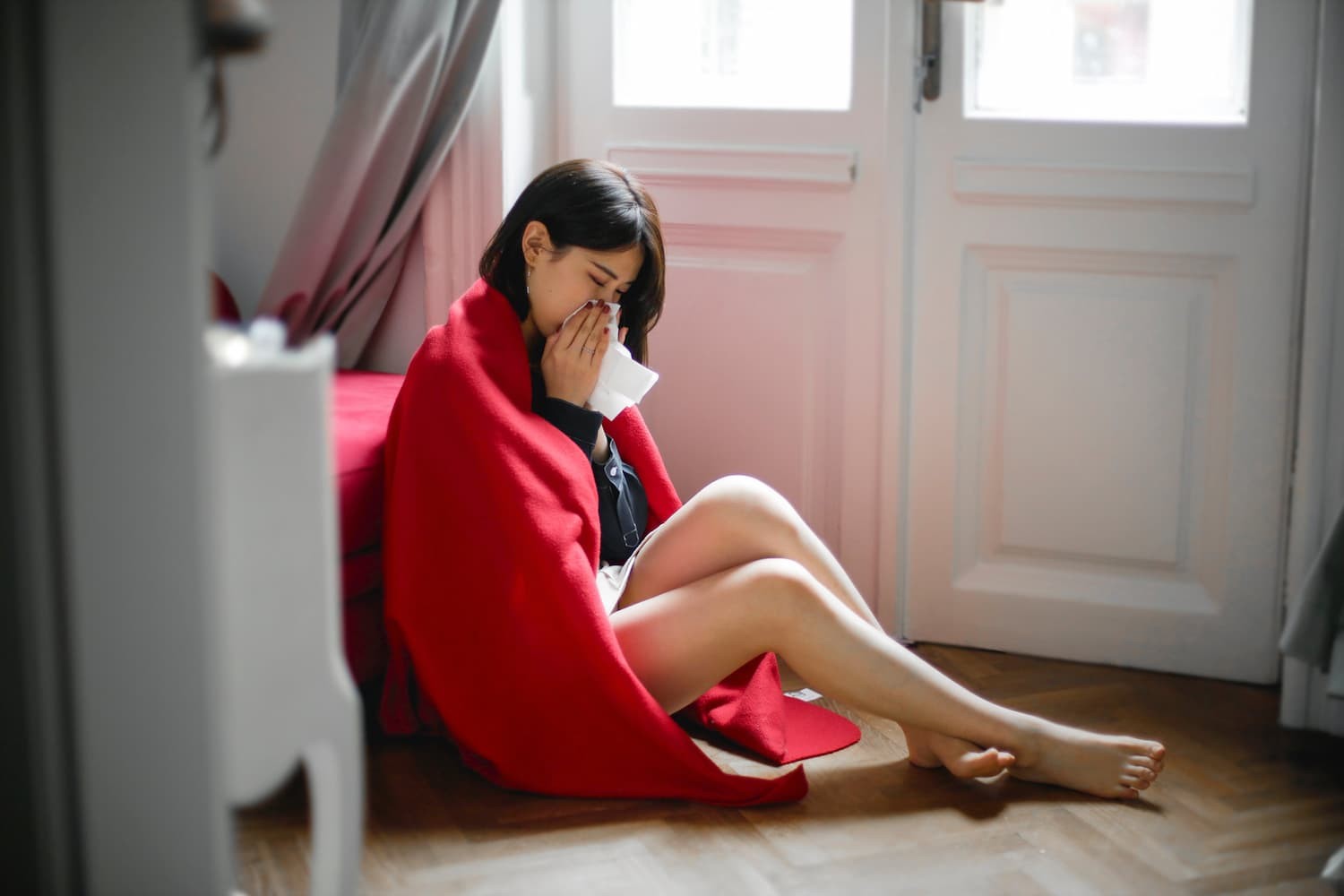 More than 4.6 million people in Australia had allergic rhinitis, otherwise known as hay fever, from 2017 to 2018, according to the Australian Institute of Health and Welfare. The disease was more prevalent in women aged 35 to 44 years old, as well as men in the 25-34 age group, compared to other age groups. However, it's not only adults who are the target of hay fever. Anyone, regardless of age, can experience it, depending on their immune response. Find out in this article what causes it, its common symptoms and how you can protect yourself and your family from it.

What is Hay Fever?

Although it manifests the symptoms of the common cold, such as sneezing, coughing, stuffy or runny nose, itchy and watery eyes, hay fever is not a viral infection. It is caused by an allergic response to indoor or outdoor allergens such as pollen, dust mites, cigarette smoke, perfume and pet dander or hair. The term originated from English physician John Bostock in the 1800s, who would always suffer a nasal congestion in the summer every year due to exposure to grass, hence the word hay.

Allergic rhinitis develops when the body's immune system recognizes and overreacts to a harmless substance that typically causes no problems in most people. Although it doesn't cause fever, hay fever is called such because it can interfere with a person's daily life. Allergic rhinitis symptoms vary from person to person, thus the ability to recognise their environmental triggers is the only way it can be controlled.

What are the Symptoms of Hay Fever?

There are two types of hay fever: seasonal and perennial. The symptoms of seasonal hay fever can occur in the summer, winter, spring or fall, and they are usually caused by airborne substances like weed pollens, tree pollens, pasture grasses and outdoor molds. Perennial allergies are experienced all year round, and their symptoms are usually caused by dust mites, pet hair or mold. The most common hay fever signs and symptoms include the following:

Severe symptoms include middle ear infections, headache, irritability, nasal polyps and sleep disorders. Additionally, asthma symptoms like shortness of breath, chest pain and wheezing may manifest in people with asthma or eczema. The symptoms of hay fever immediately show up after exposure to allergens and can go on for weeks or months, which is not typical of the common cold that typically lasts a week.

What are the Risk Factors for Hay Fever?

There are several risk factors for hay fever, but studies have shown that certain individuals may be more susceptible than others, especially those with a strong allergic reaction. Having a family history of asthma or other allergic conditions increases one's risk of developing hay fever. Even children can develop the condition if they were born with a weakened immune system. The sensitivity level of a person's immune system depends on genetic factors, but several studies have also shed light on the contribution of parental factors.

Children who have been exposed to secondhand smoke, even before they turned one year old, are more likely to develop the symptoms of hay fever. Other risk factors include exposure to dust, animal hair and pollen from trees.

As a response to allergens that it comes in contact with, the immune system produces antibodies to protect the body. These antibodies instruct the blood vessels to widen and the body to release the chemical histamine into the bloodstream. This whole process is what triggers hay fever symptoms.

How is Hay Fever Diagnosed?

Because hay fever displays mild symptoms to severe, the doctor has to conduct a thorough examination of the patient's health and medical history in addition to ordering one or more allergy testing methods. The most common tests include:

This procedure involves introducing small amounts of suspected allergens into the skin. If the skin develops a hive, that indicates an allergic reaction. This type of test can be done through a skin prick, wherein the skin is slightly pricked or scratched into the skin. In the other test, called intradermal skin test, the allergen is injected into the dermis layer of the skin.

A small amount of blood is drawn out from the patient to measure the amount of its immunoglobulin E (IgE) antibodies, which the immune system produces in response to a substance which it perceives as harmful. 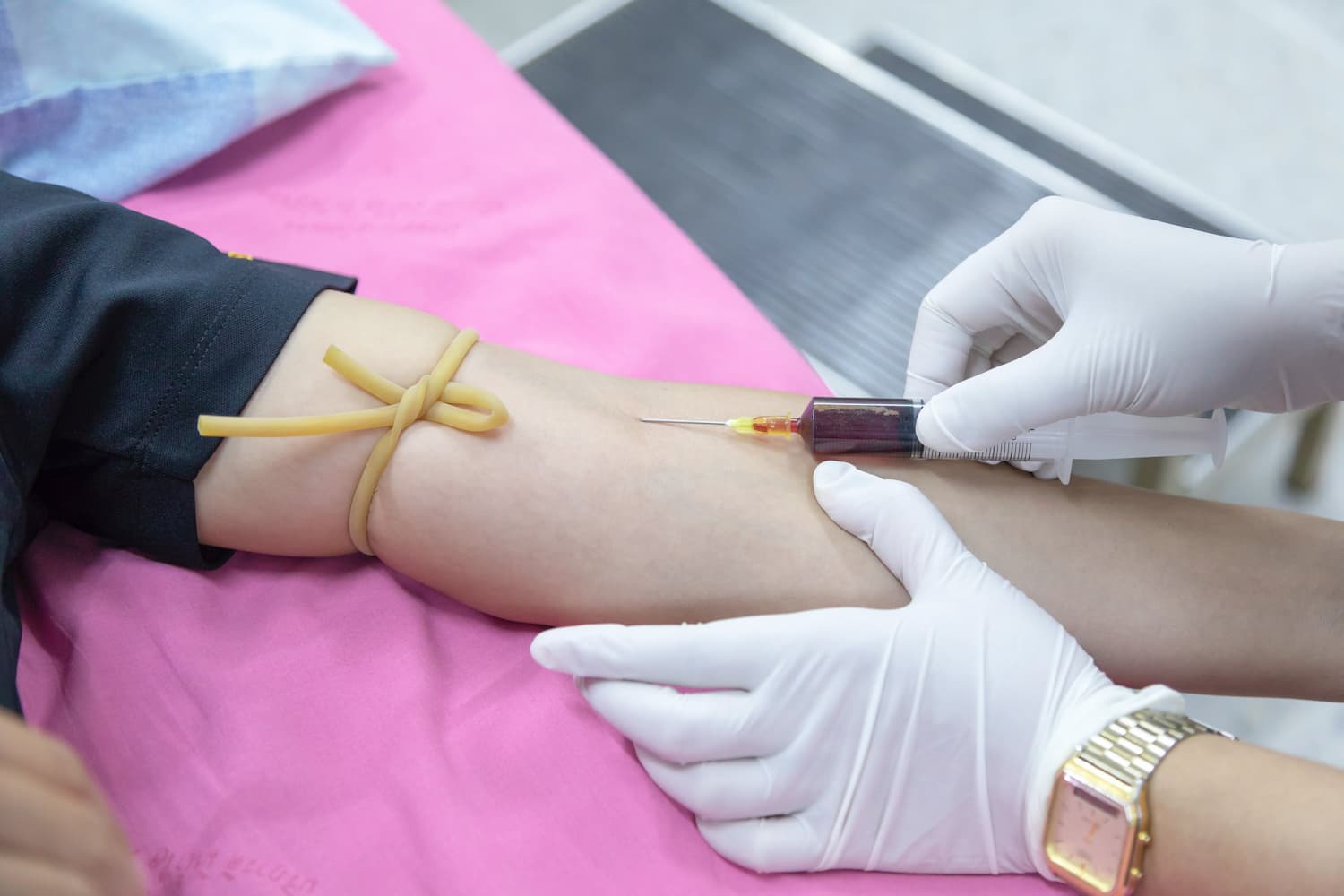 What are Common Treatment Methods for Hay Fever?

Avoiding exposure to pollen, house dust mites, animal dander, cigarette smoke or whatever it is that is causing the allergic symptoms is the key to banishing hay fever. However, there are unavoidable circumstances. For example, if the allergic triggers are vehicle smoke and tree pollen, it would be difficult to avoid them. In which case, making it a habit to wear a face mask would be the best solution.

Get medical advice before taking any of these medications as some of them may have unpleasant side effects such as nausea, increased mucous production, dizziness, rapid heart rate, constipation and burning sensation among others. Incorporating a form of complementary therapy into your treatment plan will reduce not only the adverse effects of these medications but your likelihood of getting hay fever as well.

Check the complete listing of certified natural health professionals on the Natural Therapy Pages to find a qualified practitioner in your area who can help you out.

What food is good for hay fever?

Foods that contain anti-inflammatory properties can help alleviate the symptoms of hay fever and improve the function of the immune system. These include citrus fruits, tomatoes, ginger and fish that are high in omega-3 fatty acids.

What is good for hayfever naturally?

Taking vitamin C daily, whether in the form of supplement or whole food, will reduce the symptoms of hay fever as it contains natural antihistamines. You can obtain this essential vitamin from natural fruits like fresh oranges, strawberries, lemons and broccoli among many others. 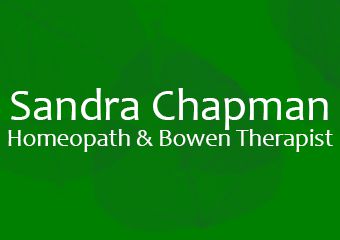