Left Side vs. Right Side of the Brain 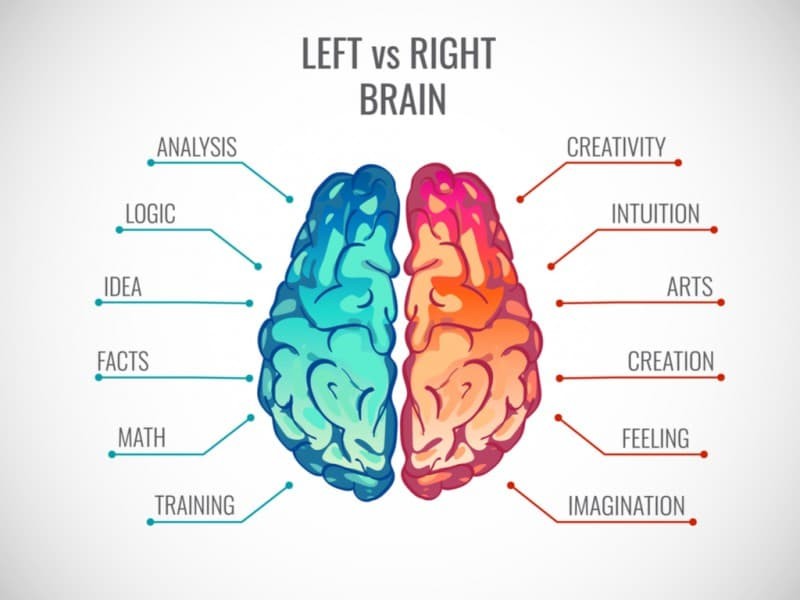 Has anyone ever told you that you are more "right-brained" or more "left-brained"? Do you wonder what it all means and if there's even any difference? You would be surprised! Read this article to find out how the two distinct halves of the brain affect your everyday life.

The Two Halves of the Brain

Research reveals that most people prefer only one style of thinking over the other. Some people are naturally more creative or right-brained, while others are more logical, making them left-brained. Ironically, the right side of the brain controls the muscles on the left side of the body, while the left hemisphere controls the motor skills of the right side of the body. That means, left-handed people have a stronger right hemisphere, while right-handed people have a more dominant left brain.

The Processing Activity of Both Brain Hemispheres 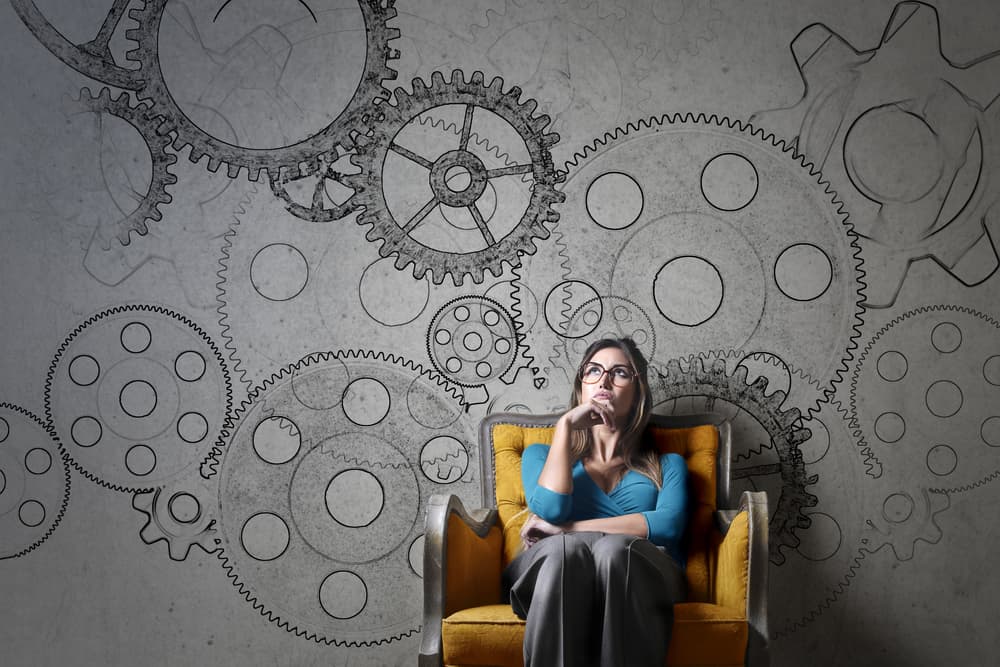 The right side of the brain looks at the whole first before it breaks things down into parts. It is also random. A right-brained person is more likely to move from one task to the other – completing the same amount of work done by a left-brained person but without paying attention to priorities. The right side likes everything to be concrete. It likes to be able to see, feel or touch the real object. It also likes context. Right-brained people are said to know what they mean but often have trouble in verbally expressing them.

The left brain, in contrast, processes information in a linear manner and from a part to a whole. It takes every piece of information, lines them up and then arranges them into a logical order before forming conclusions. It also processes in sequence, so tasks are finished in order. Left-brained people easily learn things in a sequence as they apply linear thinking. The left side of the brain processes symbols including letters, words and mathematical notations. Left-brained people are known to easily cope with mathematical and linguistic tasks and they have excellent verbal skills.

The Functions of the Right Brain

The right hemisphere of the brain is perceived as the "creative" side. Left-handed people are right hemisphere dominant and excel in music and the arts, with the majority of them taking on jobs where the imagination, emotions and creativity matter more than math skills and language processing. The right brain is responsible for some cognitive functions, including processing of patterns, colors and shapes as well as emotions, dreams and unspoken language. It is holistic, subjective and synthesising, as well as bearing the following characteristics:

Also, some of the abilities that are associated with the right brain include:

The Functions of the Left Brain

The left side of the brain is perceived as the "logical" side. It is the seat of language - verbal and sign language - and responsible for the learning style of a person. Right-handed people are organised, objective and flourish in jobs that require computations and language comprehension. The left hemisphere of the brain has the following characteristics:

Also, some of the abilities that are associated with the left brain include:

What Research Says About Brain Functions and Dominance

Several studies have debunked the old brain theory and straightened out information regarding hemispheric differences. Recent research has shown that the human brain has a symmetrical structure for a reason; everyone uses both brain regions equally unless one side has been damaged due to a brain injury.

After studying the brains of 1,000 people using an MRI, a 2013 scientific article published by PLOS One concluded that there's no such thing as a dominant brain because a person uses both sides of their brain, depending on the task that needs to be completed.

How the left hemisphere of the brain emerged as more dominant than the right stemmed from the split-brain study of neuropsychologist Roger W. Sperry in the 1960s, which won him the Nobel Prize. According to PLOS Biology, the study involved patients who had undergone split-brain surgery, wherein the corpus callosum connecting the two hemispheres was removed to address a type of severe epilepsy. After testing each hemisphere, the language centres were revealed in the left and emotional and nonverbal functions in the right.

However, Sperry's findings were exaggerated by many ill-founded publications that immortalised the popular belief that the right hemisphere is responsible for creativity in the world of art, business and education. 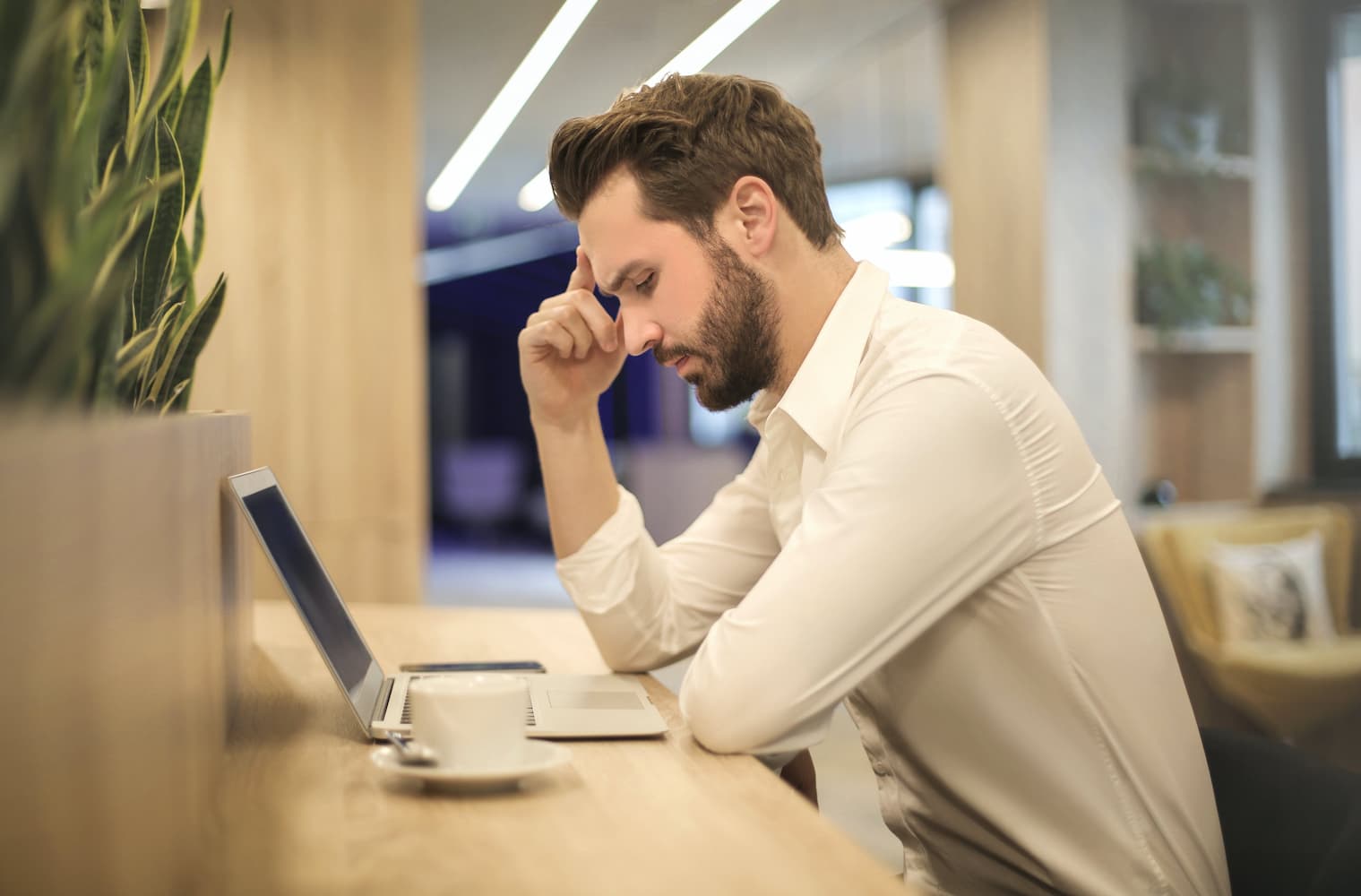 While there's no evidence to prove that people who are right-handed are more creative and the left-handed ones have a better cognitive function, everybody can improve their brain functions if they have the will to do it.

Researchers found that specific thinking exercises can improve the brain cells in both hemispheres and promote a healthy brain. If you want to learn holistic thinking and become more creative, dabbling in colouring books, practising mindfulness and engaging in physical exercises will improve the performance of your cerebral cortex. On the other hand, solving puzzles, writing, solving math problems and reading a lot will enhance logical thinking and speech production.

Art therapy, brain gym and educational kinesiology can also boost brain health as these modalities promote the fun and advantages of lifelong learning.

FAQs About the Brain & Brain Functions

Which side of the brain controls memory?

The right hemisphere of the brain is responsible for memory, attention, intuition and non-verbal language. It is also believed to be dominant among creative people.

What part of the brain remembers names?

That would have to be the left side. Because it's in charge of language processing, the left hemisphere of the brain stores vocabulary, ideas and knowledge.

What jobs are good for left brain thinkers?

Being analytical and organised, left-brained people excel in jobs that deal with language math and science like computer, programming, engineering and accounting.