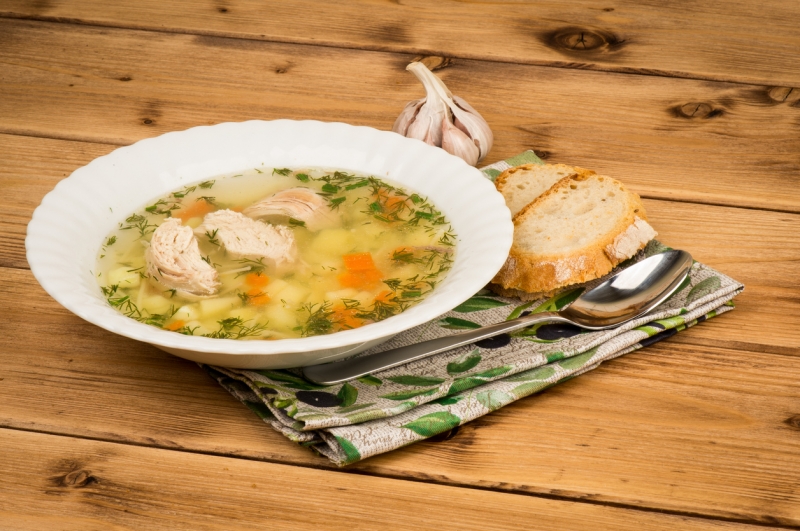 The chicken soup recipe is known among most cultures as a remedy for fighting a head cold and to boost the immune system.  In the Jewish culture it is compellingly known as "Jewish penicillin".  So pervasive is this belief, scientists have actually taken it to the lab for testing.

Dr Stephen Rennard (a pulmonary expert from Nebraska) undertook a study into the health benefits of chicken soup and concluded it was a combination of the anti-inflammatory properties of many of chicken soup's ingredients that reduced congestion and eased the symptoms of a cold.

Dr Rennard concluded "A variety of soup preparations were evaluated and found to be variably, but generally, able to inhibit neutrophils.  Many store-bought, prepared and even canned soups, had the same inhibitory effect."

"Dr. Rennard said the soup also may improve rehydration and nutrition in the body and the psychological and physical comfort soup provides may also have benefit."