Things You Need to Know About Mild Hyperbaric Oxygen Therapy

Why Do We Need Oxygen?

Oxygen is a vital part of our lives and it is used for all of the body's essential functions. For example, the brain – which is only two percent of our total weight – uses more than twenty percent of the body's oxygen. Only ten percent of our energy comes from the food that we eat, while the remaining ninety percent comes from oxygen. Bacteria, toxins, viruses and parasites cannot survive in an oxygen rich environment.

If the body's intake of oxygen is insufficient for whatever reason, then the body will be thrown out of balance. In today's world, the most important factor that causes diminished oxygen intake is pollution. Cooked, processed and canned food also tends to be lower in oxygen content, as are foods that are higher in fat.

Because oxygen deficiency is often overlooked, it is not seen as being a cause for symptoms or diseases. Some systems that may result from an imbalanced oxygen flow include premature ageing, depression, anger, fatigue, dullness, and a general feeling of sluggishness. If the imbalance is chronic, the immune system is weakened and we are left more susceptible to germs and viruses and, therefore, diseases.

Based on clinical evidence, it can also be used as an adjunctive treatment for osteonecrosis, post-traumatic stress disorder and post-concussion syndrome, as well as to improve cognitive function. Research strongly suggests that mild hyperbaric therapy can effectively clear up clogged arteries as well as address increased intracranial pressure in post stroke patients or those who have suffered a traumatic brain injury. Exposure to low-pressure hyperbaric oxygen therapy can help restore the normal pressure in the craniospinal space.

Mild hyperbaric oxygen therapy also promotes angiogenesis in patients suffering from internal bleeding due to post-concussive symptoms, aneurysm or a severe brain injury that causes swelling in the walls of the blood vessels.

The therapeutic benefit of MHOT is profound, as exhibited in the clinical outcome of various treatments combined with hyperbaric oxygen therapy. Other positive effects of hyperbaric oxygen involving 40% oxygen are as follows:

The treatment takes place inside a specially designed inflatable chamber. Mild hyperbaric chambers use filtered atmospheric pressure with an additional oxygen concentrator to deliver oxygen to the body safely. The therapist will take your full medical history and discuss your lifestyle and health goals before any treatment is commenced.

Because you will be fully clothed during the treatment, it is recommended that you wear loose, comfortable clothing. The chamber looks smaller when deflated and will be larger when it is filled with air pressure. The chamber inflates within one minute and upon full inflation, there will be enough room to sit upright or to lie down comfortably. After the inflation, the chamber will pressurise and this is a similar feeling to ascending or descending in a plane. Once at full pressure, you just breathe normally. You may take a book or magazine into the chamber, meditate, listen to music or simply sleep.

Each treatment lasts for 60 minutes and after the treatment, you may carry on with your day as normal. You are also able to eat and drink as soon as the treatment finishes. Occasional oxygen therapy treatments are recommended to ensure that oxygen levels remain at optimum.

However, there are some situations in which this therapy should not be used and they include if you have ear canal problems or an ear infection; pregnancy; glaucoma; or flu and cold symptoms. Additionally, you should not undertake treatment if you are inebriated, or if you are wearing perfume or cologne. The best thing to do is to consult your healthcare provider before booking a mild hyperbaric oxygen therapy session.

How to Prepare for a Mild Hyperbaric Oxygen Therapy Session

You can perform mild hyperbaric oxygen therapy for a number of reasons, but if your primary goal is to heal a wound, a fracture, or even a craniocerebral injury, you may want to pay attention to what you have eaten that day since it needs several hours after eating to digest properly before you enter the chamber. Additionally, be sure any cuts or abrasions are bandaged tightly enough so that they don't open during treatment.

Generally speaking, it is best not to shave any hair where the head will rest in the chamber. This is because body heat dissipates through fine hairs faster than through other bodily tissues. Also remember that general cleanliness is always advisable prior to using mild hyperbaric oxygen therapy equipment.

Depending on the condition you're getting treatment for, you will need to fill out some medical forms and undergo a brief interview with the person operating your mild hyperbaric oxygen therapy equipment. Some cognitive tests may be required prior to treatment, especially if you're suffering from a chronic brain injury or considering treatment for a craniocerebral injury. Patients with hyperbaric oxygen therapy specified as an adjunctive therapy on their doctor's prescription, on the other hand, can immediately begin their MHOT session.

If you're worried about claustrophobia during treatment, which may potentially lead to loss of consciousness, discuss it with the operator. Generally speaking, though, it's best to relax and try not to fight against what is happening because this may increase your chance of experiencing pressure-related discomfort. Light exposure through an open chamber hatch will likely decrease the effectiveness of your mild hyperbaric oxygen treatment, so you'll want to keep it closed all throughout your treatment session.

After your mild hyperbaric oxygen therapy session, you can go on with your day. You might feel a bit tired as your body adjusts to the repairs that were done to it. Besides this, there should be no adverse events. If this is your first treatment, you may want to plan on remaining at the chamber site for an hour or so after the session so that you can relax before driving home.

Injuries are common in the athletic world. The combination of physical wear-and-tear from training regimens and repetitive motion can result in injuries that significantly impair or even take players out of the game. While rest is often recommended for recovery, mild hyperbaric oxygen therapy has been proven to have a beneficial impact on healing.

Endurance athletes should consider mild hyperbaric oxygen therapy as an adjunctive therapy for their recovery, allowing them to heal more quickly and possibly get back into their training programs sooner than otherwise possible with other types of treatment options.

Additionally, people who want to maximise their antioxidant activity should consider mild hyperbaric oxygen therapy because it does just that; it increases cellular oxygen consumption, which results in increased production of the endogenous antioxidant glutathione, possibly reducing the damage caused by oxidative stress from free radicals.

If you don't live near a major MHOT centres, you can receive treatment at home. Several companies now offer portable, cost-effective mild hyperbaric oxygen therapy devices that are easy to transport and set up. People who want to maximise their antioxidant activity and those who live far from a major metropolitan area should consider mild hyperbaric oxygen therapy at home.

While several myths about oxygen therapy exist, it's high time you separate the facts from fiction. To begin with, receiving mild hyperbaric oxygen therapy doesn't make you inactive. If anything, it increases your energy levels, allowing you to be more active. Oxygen therapy is not only for patients approaching death; it is one of the vital preventive measures that healthy people can take. It's also important to remember that oxygen is not addictive, though excessive use of portable oxygen concentrators may lead to oxygen toxicity.

Receiving oxygen levels above normal air pressure through mild hyperbaric oxygen treatments has also been shown to have some benefit in reducing postoperative morbidity, including necrotizing fasciitis caused by group A streptococcus infection. Researchers' current evidence suggests that it can improve oxygen flow to cells, which helps speed up the healing process. Also, mild hyperbaric oxygen treatments can increase the production of red blood cells, which is crucial in the treatment of patients who suffer from low oxygen levels.

So, Increasing the oxygen levels in your blood plasma by partial pressure is the way to go whether you want to cure a prolonged post-concussion syndrome, speed up wound healing, or improve the outcome of your skin grafts.

Learn more about Breathwork here.
Or find best practitioners of Breathwork near you.

It certainly does. Mild hyperbaric oxygen therapy may have a number of advantages. Acute and chronic neurological problems, persistent symptoms of developmental disorders (ADHD/Autism), post-concussion symptoms, autoimmune conditions, migraines, musculoskeletal injuries, and postoperative recovery all benefit from this treatment.

What can I expect after hyperbaric oxygen therapy?

Yes, it can. The capacity to boost cognitive functions is one of the wonderful effects of hyperbaric oxygen therapy. In fact, 60 to 80 percent of all dementia cases have benefited from it. Alzheimer's disease and other forms of dementia remain incurable. Hyperbaric oxygen therapy, according to a high-quality study on this medical disease, is a significant treatment option that may enhance the quality of life for many affected people. 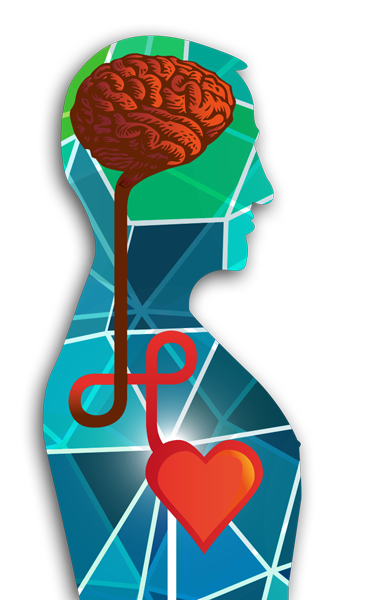 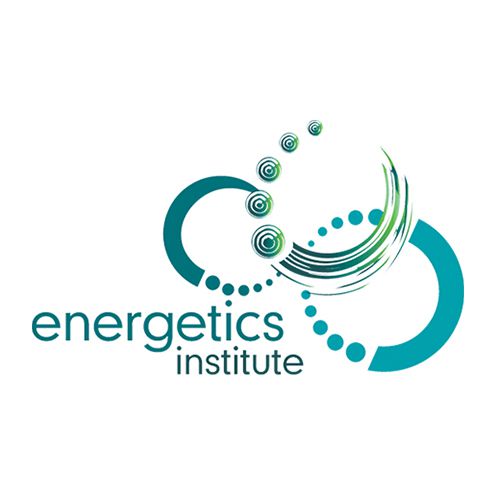 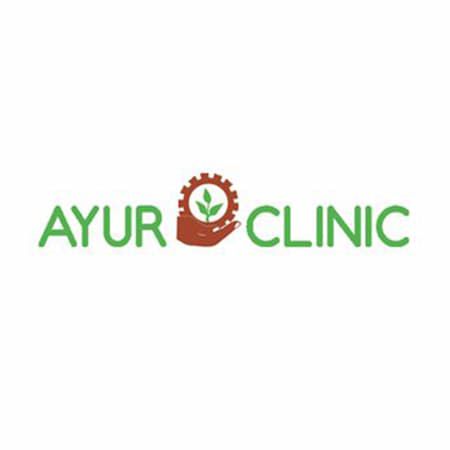 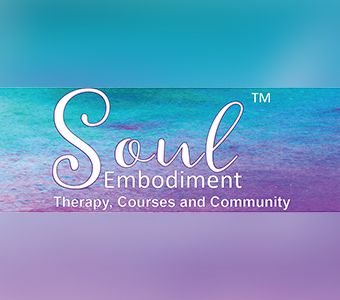